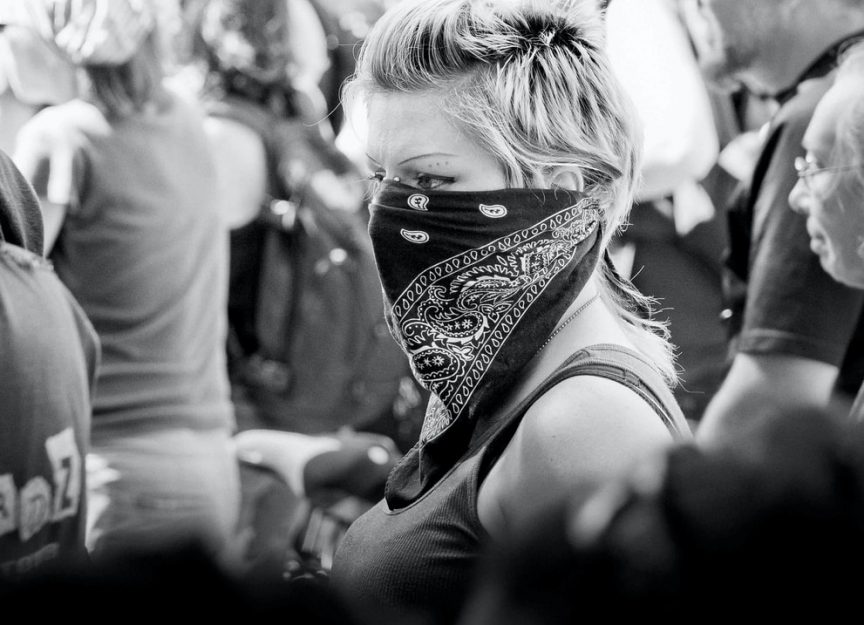 Are you successful yet still feel like a failure? Do you worry that friends and colleagues think you are a fraud? Do you have that sinking feeling that, no matter how hard you try, you will be “found out”; that people will “see through” you? If this sounds suspiciously familiar, you could be one of thousands of people suffering from the Achilles Syndrome, a secret fear of failure which casts a shadow over the brightest of lives. Professor Petruska Clarkson, a consultant psychologist and author of The Achilles Syndrome, warns that the syndrome is becoming the most rapidly increasing common psychological problem in society. Many of us will suffer to some degree from this debilitating syndrome; from the discrepancy between what we actually achieve and of what we think we are capable. Most of us grapple with it and cope but for others the complaint can become psychologically crippling, causing severe anxiety and stress.

The Achilles Syndrome, or pseudocompetency (to give it its technical name) hits the least likely people. They don’t look like losers – far from it. In fact, they are high achievers, often at the top of their respective fields. “They have been acknowledged by others as “winners”,” says Clarkson, “but inside they feel like losers.” The problem seems to evolve around their competence, or effectiveness in the world – a mismatch between their abilities and their confidence. “This group appears even more successful than average, but there is always a worm in the apple of their success.” Clarkson identified this as pseudocompetency – the world sees them as successful but they can’t own their own success.

John, a 35 year old advertising executive, is a classic example. He has a very successful career, earns a large salary and has a happy home life. On the surface there is no reason why he should not be very satisfied and happy with himself and his achievements. However, he feels that his success is all very precarious. “I get sick with anxiety before I lead the team to make any major presentation,” he admits, “I feel as if I am quite incapable of doing it successfully; I fear that this time people will “see through me” – I will be shamed in front of everyone. I have fantasies that clients and colleagues may suddenly see me for the fraud I feel I am. I feel I’ve “duped” people all along, “fooled” them into thinking better of me than is real. I have the sneaking suspicion that all my previous achievements were “flukes”.”

Nicky, who at 32, is a very successful journalist, feels the same way: “Deep down, I am just biding my time, waiting until I’m found out. I can’t quite believe I’ve got as far as I have without being rumbled. I know it’s ridiculous and everyone around me thinks I’ve got it all but I can’t help but feel it’s all built on a lie. I just don’t feel good enough to have earned all this.”

Some people’s whole lives are designed around building up extensive “psychological armour” to make up for a profound sense of inadequacy. They feel they suffer from a “fatal flaw” like Achilles, the hero from Greek mythology, who seemed immortal and won every battle but had a secret and deadly vulnerability – his famous heel. Clarkson says she uses Achilles as an image for “all people who may feel that, in some way, their achievements are a pretence and that they are covering up this secret without being able to tell others.”

But what causes the Achilles Syndrome? Clarkson has identified several major ways in which the syndrome is created and maintained. Firstly many people grow up pseudocompetent because of unrealistic, punitive or manipulative parental demands. Some parents expect their children to do everything perfectly – when the child (inevitably) fails, the syndrome may begin. Others put their children down with sneers or make them feel ashamed. The child then decides he or she can never trust his or her feelings. Teachers can hold equal responsibility – either pushing children too fast; failing to recognise early feelings of inadequacy or ridiculing eager children.

Clarkson also holds society in general to blame. “Our culture constantly exhorts us to be richer, thinner, younger, smarter, more “sussed”,” she says, “most advertising messages encourage us to aspire to unrealistic ideals, and to feel bad if we don’t live up to them.” She even points the finger at the popular “Bluff Your Way in…” books. “They help create and support the conditions for pseudocompetency.”

DO YOU SUFFER FROM THE ACHILLES SYNDROME?
How can you recognise Achilles – in yourself and in others? Pseudocompetency can affect anybody, from the housewife who builds up a reputation for excellent dinner parties but who makes herself sick with worry before each one, to the internationally acclaimed barrister who breaks out in a cold sweat at the very thought of representing a client in court. Professor Clarkson identifies seven characteristics which most people with Achilles Syndrome share:
1. A mismatch between how your competence is seen in the outside world and how you feel internally about it. You constantly feel “I’m a fraud” or “it’s only a matter of time before I’m found out.”
2. You suffer inappropriate anxiety or panic before a situation or task. You constantly look out for a cure, a teacher, a guru, another course or qualification – someone, something, somewhere which can help fill the gap. You tend to over-prepare for tasks.
3. You feel inappropriate strain or exhaustion after a task. You suffer the “bone-weary” fatigue from having avoided “being found out”.
4. You feel relief instead of satisfaction on completing a task. The Achilles Syndrome robs you of the pleasure of a job well done and you just feel relief you got through it.
5. You can’t carry over any sense of achievement to the next situation. The short-lived relief turns into dread of the next task. You reason that last time you were just lucky, it was an easy exam or a tolerant audience.
6. You have a recurrent fear of being found out. You would go to any lengths to avoid the possibility of shame and humiliation.
7. You have a longing to tell others about your discomfort but fear being called weak or unstable.

HEALING THE ACHILLES SYNDROME
If the Achilles Syndrome is running, and possibly ruining, your life, you need to take action. Fortunately, Professor Clarkson points out, it is quite possible to cure yourself of the curse of pseudocompetency, build your self-confidence and honour your successes.
In her book, Clarkson gives clear guidance on how to heal the syndrome – these are some of her suggestions..

STEP ONE: ADMIT THE PROBLEM. You may feel immensely relieved to hear that you are not the only person suffering from this – not by a long shot. The first important step to deal with the syndrome is to recongise it in yourself and to admit to it. Tell one or more people about it. It may feel like an exposing confession but you will most likely find it makes you feel unburdened. Be careful who you choose and how you time it – pick people you trust and choose a time when they have the leisure to listen fully.
You may want to avoid telling people because you are frightened of being ridiculed or humiliated but, in order to change the Achilles Syndrome, you must deal with the possibility of shame.

STEP TWO: ACCEPT WHAT CAN AND CANNOT BE CHANGED. Recognise that everyone is different. Just because you are different from friends or colleagues does not mean you are inferior, or you should attempt to be just like them. There is, for example, the idea that it is “better” to be extroverted, popular and outgoing. This leaves introverted people feeling unworthy, unlikeable and stupid. All of us can learn to develop skills and attitudes which increase our potential but we cannot change our genetic nature – nor should we want to.

STEP THREE: IDENTIFY YOUR AREAS OF COMPETENCE. It is natural to dwell on the areas on which you are incompetent or pseudocompetent but it is also vital to identify the areas in which you are competent. Be honest with yourself: what do you do well? Where can you really shine, if you only allow yourself? It is vital to start valuing and affirming the achievements you have made.

STEP FOUR: FORGIVE THE PAST. This isn’t about “healing your inner child”; it’s about letting go of the past. Ultimately, says Clarkson, we are all grown ups, “responsible for our own lives, and no amount of blame can alleviate the freedom to choose and create our lives now. This does not mean we should not have feelings of anger, outrage or hurt about the things that went wrong in our childhood. It does, however, mean that there comes a point where we need to let it go and take responsibility for who we are.”

STEP FIVE: GIVE UP THE NEED TO BE PERFECT. Who says what is perfect? A pseudocompetent person worries that if he or she completes something, someone will always point out what is missing. A competent person finishes a job as well as possible knowing that, of course, there could be something left out. Giving up needing to be perfect takes us a huge step closer to feeling better about ourselves. Perfection is a pointless and hopeless goal – allow yourself to be “good enough.”

STEP SIX: NAME YOUR FEARS. We are all tortured by nameless fears and anxieties. It is very important to learn to name what we fear, and to give our demons titles, nicknames, identifying characteristics – by naming something we achieve some degree of power over it. Don’t just say “I’m frightened” – work out what it is you are frightened of – it might be humiliation, looking ridiculous, feeling socially inept etc.

STEP SEVEN: GET BACK TO THE ROOTS. Clear out the roots of shame by confronting people who use shaming tactics. Imagine a situation in which you feel you will be shamed. Change the feeling of shame and humiliation to one of anger. Rehearse how you would look or behave angrily towards anyone who might try to humiliate you. Take a clear and steady look at the earliest time that your pseudocompetency troubles started and evaluate the facts.
AND FINALLY…

In addition to the above, Professor Clarkson suggests you look at these points.

• Do some diagnosis – identify the areas you are fluffing in, the questions you are afraid of being asked about, the situations you are most frightened of. Then set about fixing them, making appropriate goals, born of appropriate expectations.
• Get honest feedback – do you accept negative feedback from enemies; positive feedback from friends? Where can you get feedback you really trust?
• Ask yourself, “What is the terrible thing that will happen if you feel both competent and are perceived as competent and excellent?” You may be surprised.
• What have you skipped in the learning process of the area in which you now consider yourself to be pseudocompetent? Can you remedy it by seeking appropriate help?
• Do you sometimes re-experience the child you once were, or suddenly recognise your own parent in your current actions? Become aware of these patterns – it’s the first step to changing them.
• Make a list of the things that, in your opinion, a mature and fully rounded adult does or could do – from learning how to learn to making lists of phone calls to make. Are they all things you do?

The Achilles Syndrome by Petruska Clarkson is published by Element Books.

Photo by Doug Swinson on Unsplash