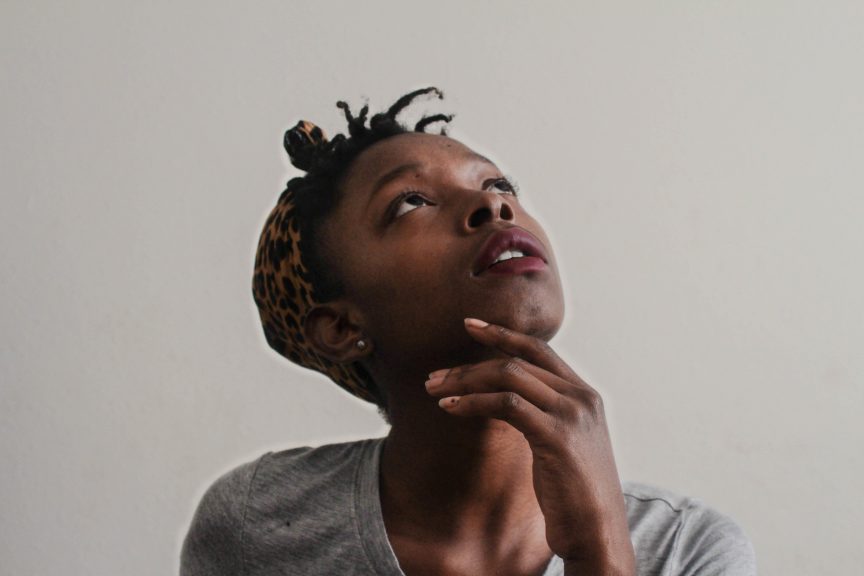 NOTE: I wrote this feature some years back, before mindfulness was such a buzzword.  If you can’t seem to get on with mindfulness – or meditation – then this might be worth a go.

Like most people nowadays I suffer from stress. In fact, juggling career, family and a farm without mains services would be enough to send most people into stress overdrive. But, when the going gets tough I simply sit down and start muttering: “My right arm is heavy.” It sounds as if I’ve finally cracked, but in fact it’s the first step in a series of exercises in Autogenic Training, possibly the most potent stress relief technique in the Western world.

The benefits of meditation have long been recognised in fighting stress – but resistance to “mystical mumbo jumbo” has been too much for many people. Autogenic Training is the answer. It gives all the benefits of meditation without any of the lotus-position and leotard connotations. Simply speaking, Autogenic Training (AT) consists of a straightforward series of mental exercises designed to switch off the stress “fight or flight” system of the body and bring about profound relaxation in both mind and body. It’s been called “mental circuit training”: I call it a sanity-saver.

Autogenic Training was developed by Dr Johannes Schultz, a neuropsychiatrist who studied with Oscar Vogt, an eminent researcher into human brain functioning, in Germany during the 1920s and 30s. It was then further researched and fine-tuned by Dr Wolfgang Luthe, professor of Psychophysiology at McGill University in Montreal.  Autogenic Therapy has been taught in the UK for thirty years and over three thousand scientific publications have reported its beneficial effects, making AT about the best documented and consistently researched method of stress relief. In Japan a study involving 23,700 industrial employees showed that AT improved both physical and mental health, reduced industrial accidents by two thirds, increased productivity and brought about a reduction in both absenteeism and medical expenditure. A research review reported that more than 60 controlled clinical studies of AT gave evidence of positive effects in cases of hypertension, asthma, headaches, irritable bowel syndrome, atopic dermatitis and frontal lobe epilepsy. People with anxiety, sleep disorders and depression also found it a real boon.
So what does it entail? I learned AT with Vera Diamond, one of the UK’s pioneers of the technique. For the first session we concentrated on the three positions of AT (lying down, sitting in a relaxed posture and sitting forwards in a kind of slump – ideal for practicing AT in public). Then we moved on to feeling a sense of heaviness in the limbs. I was instructed to go away and practice several times each day so the process became automatic. Eventually it just took the words “My arms and legs are heavy” and my limbs immediately relaxed. Over the next seven weeks we went through the body and I learned how instantly to make my heartbeat regular, to calm my breathing, to relax tension in the abdomen, neck and shoulders and to bring a sense of coolness to my forehead. Initially it takes a certain amount of time and commitment as you have to practice several times each day but, by the end of the eight weeks, you have an instant stress-reliever at your fingertips. You can run through the exercise in a mere five minutes and feel the stress drop away. It’s so simple it barely seems possible it can be so effective.

Yet the effects of AT are far-reaching and profound. AT lowers both blood pressure and blood cholesterol (key factors in preventing heart attacks). In fact its effects can be so dramatic that people with medical conditions have to be carefully monitored while they train. In some cases diabetics have found they needed to halve the amount of insulin they take and other forms of medication may also have to be lessened.   Vera Diamond also worked with Parkinson’s Disease and was excited to find that it can even help to reduce tremor. “It is an amazing breakthrough,” she said, “If we reduce the stress hormones adrenaline and noradrenaline by regular AT practice, this results in the conservation of “home-made” dopamine and maximises the absorption of L-dopa, both of which are improvements in the Parkinson’s scene.”

It is equally effective and popular for healthy people.  Diamond worked a lot with people in industry, including Allied Dunbar, the National Coal Board, Mars and even members of the Obscene Publication Division at Scotland Yard.  Many airlines use the technique to combat jet-lag and insomnia in their staff and it is practised quite widely in other industries to reduce stress and improve performance at all levels. AT has even been taught to astronauts and cosmonauts as part of their space training programmes. Sportspeople have found that their performance improves – the Russian and East German gymnastic squads have used it and dancers, skiers and footballers find it gives them an edge.

Creativity seems to shoot up and many businesspeople discover that not only do their stress levels drop but their communication skills and ability to make clear effective decisions improve dramatically. The reason, apparently, is that AT brings the two sides of the brain into better balance, allowing you the advantage of the intuitive, imaginative right side of the brain which is normally switched firmly off during waking life. While sitting in Vera Diamond’s living room waiting for my session one day I happened to notice a hardback copy of the best-selling novel The Horse Whisperer. Flicking it open I saw a dedication from the author Nicholas Evans: “To Vera – who kept my right arm heavy while I wrote this”. “Oh yes,” affirmed Vera on her return, “he uses it. Lots of creative people do.”

Autogenic Training doesn’t work for everyone. Some find the initial effort needed to learn the technique too time-consuming so don’t gain the full benefits. Others find some of the exercises uncomfortable or downright impossible. “Every time I tried the heart exercise I felt a sense of panic,” reports a lawyer who tried, and gave up on, the technique, “it was very unpleasant. I tried using a modified version of AT but it just didn’t really work for me.” I also have to confess that AT didn’t manage to cure my persistent insomnia during pregnancy.

Although AT seems so straightforward, it’s vital to learn the technique properly with a qualified teacher. Aside from the sheer physical effects that AT can have, the therapy can also work quite deeply on the mind. Sometimes quite deeply-hidden anxieties, feelings of anger or frustration can surface when you start the training.

“As you work with some people you can become aware that they need a deeper form of therapy,” said Diamond who (like many AT teachers) was also a fully qualified psychotherapist. “Then we would work with them on a one-to-one basis using a further form of AT called neutralisation. We take people into the problematic area and allow them to release memories and trauma a little at a time while in a deeply calm state of mind.” One woman, a 32-year old accountant, was suffering from acute anxiety. She couldn’t sleep without the light on and constantly felt as though she needed to soothe her throat with cooling drinks. “When we worked in the group with the neck and shoulders formula, she found her head kept going back,” recalled Diamond. “So I worked with her individually and it emerged that she had nearly drowned as a little girl – the trauma had stayed tucked away in her brain and lodged in her body, in her throat, as she tried to keep above the water. Once we neutralised that old memory, her life changed. She got a new job, a new partner and all the phobias that were bothering her simply went. She was able to sleep with the light off for the first time in her life.”

Progress can be very swift. Whereas conventional “talking therapies” can take several years to achieve a noticeable effect, AT can produce good results in as little as 3-6 months. Diamond believed AT is so effective because it works with the unconscious in a selective manner – the brain chooses what to bring forward and how to do it. In many ways it is similar to hypnotherapy but there is absolutely no suggestions given by the therapist – everything is self-generating.

Given AT’s proven track record in balancing both body and mind, it’s surprising that it isn’t better known in this country. Although it is practised by many doctors and nurses (and used in several NHS settings) it still isn’t a household name. Personally I think that should change. Given the deep levels of stress in modern life, there is a clear need for a simple, effective method for coping on an everyday basis. Autogenic Therapy fills that slot very nicely.

To benefit from AT you need to be taught the technique individually. However these relaxation tips from The British Autogenic Society is based on the philosophy of AT.

1. Sit down and close your eyes for a moment. Practice quiet observation of yourself. Check for body tension: are you clenching any muscles? Don’t try to change anything; just be aware of it. If you have an ache or pain, such as a headache, quietly observe it. Decide that it is a form of stress release which may be beneficial. Rather than seeing it as a problem, take an interest in its movements or intensity. Watch your breathing. Let it lead you wherever it wants, whether in the form of sighs, shallow panting or quiet abdominal breathing. Don’t change it; just go along with it.
2. When you feel tense or upset, retreat to somewhere private, such as your bedroom or bathroom and “shake” it out of your system. Loosely shake each limb in turn and feel the wobble. When you catch yourself saying “I could SCREAM”, do it. Bury your face in a pillow and let rip. No-one will hear you and you’ll feel much better. If you need to cry and can’t, make some moaning sounds with dry sobs and you may start yourself off. Think how a child does it automatically – sometimes we need to relearn natural responses.
3. Have some fun. When did you last have a really good laugh? Ring up a friend and arrange a crazy night out. Go to a show: let some play-time back in your life. Above all allow yourself to believe you’re a worthwhile person, warts and all. Decide your feelings are part of you. Express them safely and honestly (in private), then turn your thoughts to a more positive outlook.

In memory of Vera Diamond – with great fondness.

Photo by Tachina Lee on Unsplash