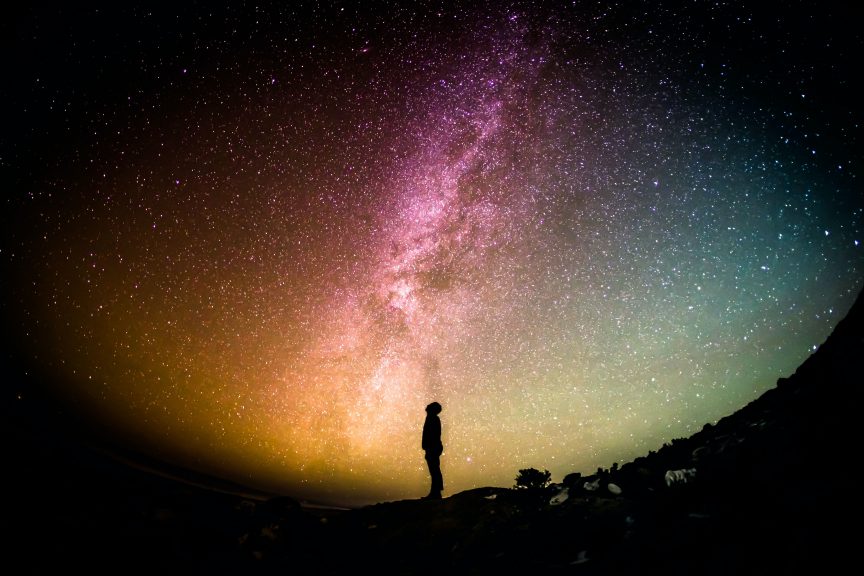 I’m lying on a padded mattress, surrounded by cushions and I’m breathing fast. The music is loud, deep, rhythmic, insistent. My body starts to curl and I have the strangest sensation that I’m back in the womb. My mother’s placenta is raw, ragged, tattered – I’m not sure I want to be here and I curl even further into myself. I hear shouting, yelling, screaming, crying. Is it coming from other people in the room, or is it just me who can hear it?

This is Holotropic Breathwork (holotropic.com) – perhaps the most powerful and fascinating form of therapy I’ve come across in 30 years of research.

It was developed by Dr Stanislav Grof, formerly a professor at Johns Hopkins University School of Medicine and founder of the International Transpersonal Association. He was one of a group of psychiatrists (first in Prague and then in the US) who pioneered psychedelic research, mapping the psyche and the collective unconscious using the synthetic compound LSD back in the 50s. When LSD was banned in 1957, he and his wife Christina needed to find another way of allowing the mind to access ‘the Field’ – our wider ‘cosmic being’. They looked to ancient cultures, in particular the practice of shamanism, and found that breathing in a particular way, combined with music, had a remarkably similar effect.

‘Holotropic breathwork is a powerful method of self-exploration and therapy,’ says Dr Grof. ‘It uses a combination of seemingly simple means – accelerated breathing, evocative music and a type of bodywork that helps to release residual bioenergetic and emotional blocks.’ Sessions are long – up to three hours – and generally conducted in groups. Participants usually work in pairs, alternating in the roles of breathers and ‘sitters’ with the whole process supervised by trained facilitators.

I experienced several sessions as part of the Penninghame Process, a week of intensive therapy in which Holotropic Breathwork plays an important part. ‘The psyche has an innate need to heal itself, to make itself whole,’ says psychotherapist Rosie Manton, who leads the sessions at Penninghame (penninghame.org). ‘So during the process it will bring up whatever needs healing.’ She explains that experiences usually fall into four camps: sometimes people experience all four, sometimes not. Firstly there are physical sensations, maybe an overwhelming need to move, to shake, to twist or writhe or, equally, to shout or scream, to sing or moan or babble. Secondly comes biographical material – flashbacks to moments or episodes in your life and often an intense sense of reliving the experience. Thirdly people have perinatal experiences, the feeling of being in the womb (experiencing either bliss or perhaps toxicity) sometimes leading into a re-enactment of the birth process, often accompanied by feelings of claustrophobia or intense struggle. Fourthly there are transpersonal experiences, maybe a sense of cosmic consciousness or connection, or visions of past lives (if that’s your belief). ‘You could be a star, a dying dog in the desert, the sap rising in a leaf,’ says Rosie. ‘Or you could float in cosmic bliss.’

She explains that sessions can be very dramatic or very quiet – the important thing is to have no expectations at all and to let your body do whatever it wants, no matter how bizarre or embarrassing it may feel.

My first experience was quite extraordinary. As I went back through events in my life, I found myself plunged into intense grief – I sobbed and sobbed; my heart felt as if it would pull me into the earth, it was so heavy. Then I was plunged back into the womb, with the sudden awareness of my brother and sister, who had been in this place before me, and then of the other siblings who hadn’t made it into life. I felt guilt wash over me – why was I here, when they weren’t? I wasn’t even sure I wanted to be here, in life, at all – and my breathing became so faint that I thought it might stop entirely.

The process often goes in waves, sometimes a change in the music will trigger a fresh stage of the therapy. At one point I found myself slithering like a snake; at another arching and twisting my body as if I were possessed. Terrifying images flashed before my eyes, as I relived every childhood nightmare. It felt as if my mind and body were purging themselves of every trauma and tension I held deep in my psyche, my organs, my muscles, my bones; as if I were vomiting up huge gobbets of shame, disgust, hurt and grief.  The music shifted again and I was thrown into space, walking through stars as if through a meadow of flowers. I felt limitless, timeless, my heart expanding out into the pure bliss of connection. I lay, my breathing slow and deep, peaceful, serene.

Sceptics would claim that the experiences one has in a session all come down to the physiological effects of hyperventilation but Dr Grof firmly refutes that. ‘However bizarre the sounds and external behaviour might appear, they are meaningful expressions of the breather’s inner experience and they are ultimately healing, because they help to discharge withheld emotions and blocked physical energies,’ he says.

Holotropic Breathwork has succeeded in breaking people out of deep-seated depression, phobias and anxiety states; it has freed people from irrational feelings of guilt, shame and grief, and radically improved self-esteem and self-confidence. It has also had good results with conditions such as asthma, migraines and even chronic infections. ‘My own asthma cleared completely,’ says Rosie Manton.

People frequently find that a short series of holotropic sessions can often achieve better results than years of regular talking therapy. ‘When the body comes in for assault then healing needs to be addressed through the body, as the scars live on in the cellular memory,’ says Manton. ‘Talking can never get to the release needed. It’s vital to express the feelings deeply and re-live the trauma if it comes up.’

Unfortunately Holotropic Breathwork may not be suitable for some people – those with grand mal epilepsy, high blood pressure, recent injuries, glaucoma or detached retina, a history of heart attacks, brain haemorrhage, myocarditis, or atrial fibrillation. It may also be contraindicated during pregnancy. ‘You do need to be stable psychologically,’ adds Manton. ‘In other words, able to recognise consensus reality versus non-ordinary states.’

Beyond all this, Holotropic Breathwork has the remarkable capacity to connect us deeply to one another, to our planet at large, and even to the whole cosmos. ‘If, as the theory goes, you are capable of experiencing anything at all in the realm of the cosmos, then necessarily your capacity for empathy is increased,’ says Manton. ‘A natural recognition of the beauty of the planet, and the needs of the planet follows.’

Grof hopes that the therapy could possibly offer a wider hope for the world. ‘Explorers of the inner space – like many astronauts who have seen the earth from outer space – develop a keen sense of being planetary citizens rather than citizens of a particular country or members of a particular racial, social, ideological, political, or religious group,’ he says. The more people who find themselves transformed in this way, the greater the hope for, as Grof puts it, ‘humanity’s chance for survival’.

Rosie Manton agrees wholeheartedly: ‘As far as I am concerned, anything which develops, or deepens a person’s capacity for consciousness raising is of paramount importance. Consciousness raising, one individual at a time, is our only hope for the planet and the inherent troubles contained in life here.’

At the end of the session, you’re guided to a nearby room and asked to draw a mandala of your journey. As I painted out my session, a gentle smile stretched over my face. There it was – all the struggle and pain and trauma, but also the bliss, the connection, the belonging. Life is never straightforward and there are no simple answers, but Holotropic Breathwork somehow plugs us straight into the heart and guts of existence. It may not always be easy but, by heck, you come out of it feeling fully, truly, thrillingly alive.

Photo by Greg Rakozy on Unsplash