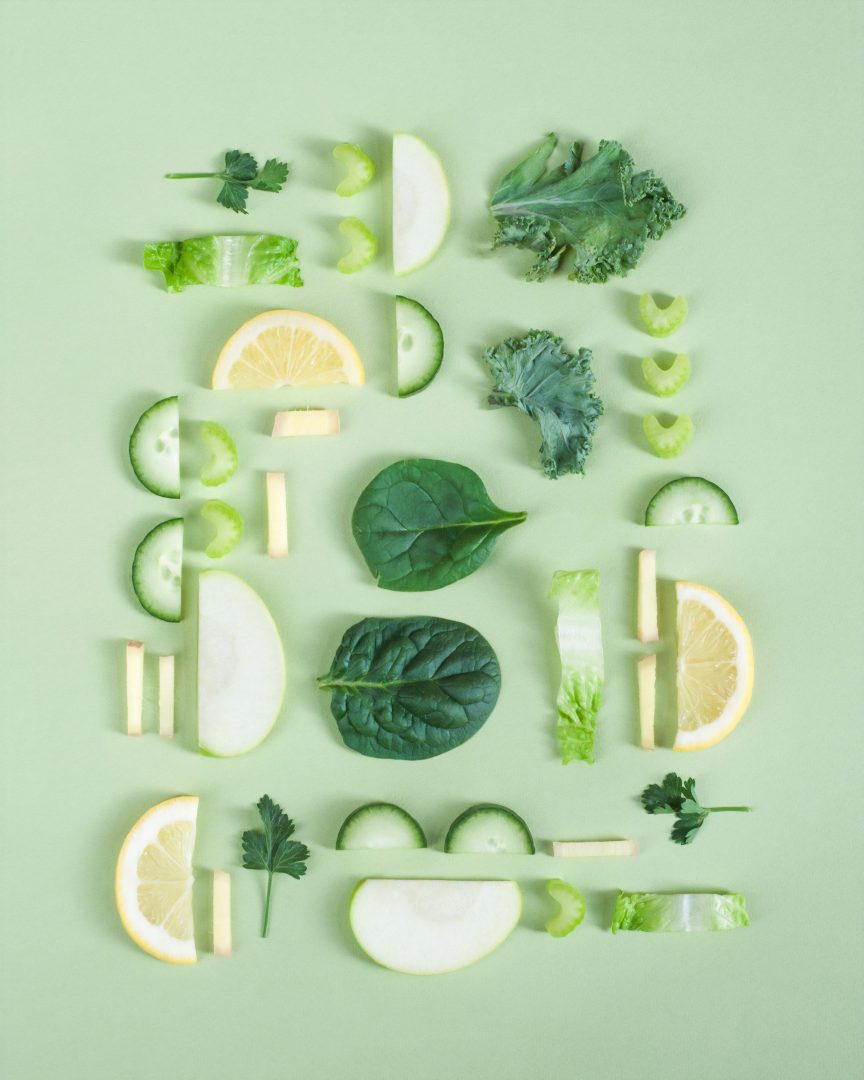 FODMAP – the acronym everyone with IBS should know about.  An increasing body of research from around the world indicates that following a low FODMAP diet can help over 75 percent of people with IBS gain significant and sustained relief.
FODMAP stands for Fermentable Oligo-saccharides, Di-saccharides, Mono-saccharides and Polyols – a range of carbohydrates, including simple sugars that are found in a surprisingly wide variety of everyday foods. Mono-saccharides include fructose, also known as fruit sugar which is obviously found in fruit, but also in high-fructose corn syrup, honey and agave syrup. Oligo-saccharides consist of chains of fructose molecules. These are found in many vegetables – for example, artichokes, asparagus, leeks, garlic and onions – but wheat and rye also contain them. Di-saccharides include lactose, also known as milk sugar, found in dairy products such as milk, yogurt and ice cream. Polyols, also known as sugar alcohols, include sweeteners such as mannitol and sorbitol and are found in some fruit and vegetables as well as many types of sugar-free sweets and chewing gum.

Lee Martin, Research Dietician at the School of Medicine, King’s College London explains that, although FODMAPs are found in such a wide variety of foods, they all have the same effect on the gut. ‘FODMAPs are often poorly absorbed in your small intestine and tend to be fermented very rapidly by the bacteria that live in your large intestine, specifically in the colon,’ he says. ‘They also pull fluid into the gut by osmosis and this increase in fluid combined with gas produced by the fermentation process causes your intestines to distend causing discomfort, pain and wind.’
But why do some people have such problems with FODMAPs while others escape symptom-free? ‘All FODMAPs are absorbed differently by different people,’ Lee Martin explains. Research is ongoing but he says visceral hypersensitivity, how some people simply experience more pain in their internal organs than others, could be a factor. He also cites anxiety, stress and micro-organisms in the gut as contributing factors.

The list of foods containing FODMAPs is large and it’s easy to feel overwhelmed as it includes all the elements of what is considered to be a healthy diet – fruits, vegetables, whole grains, pulses and dairy produce. In the initial, elimination, stage of the diet, you do have to cut out all high FODMAP foods – usually for around two to six weeks. ‘Most people notice an improvement in the first two weeks,’ says Lee Martin. ‘However it can take between 8-12 weeks for some.’ Once a marked improvement is noticed, you start to reintroduce high FODMAP foods in a systematic way, one or two at a time, noticing how your body reacts to them. It’s common to find that while certain high FODMAP foods are really problematic, others cause no symptoms at all. It may even be possible that only one or two high FODMAP foods are your issue – and those foods can vary hugely from person to person. See our case history for an example of someone who found that alliums were her trigger food.

However tempting it may be to go it alone, it’s really vital you are supervised by a qualified dietician experienced in the low FODMAP diet. Online sources of information are often contradictory and confusing because it’s a relatively new field, research is ongoing, and lists of foods are constantly being updated and changed. It’s not as simple as following a list of ‘foods to eat’ and ‘foods to avoid’. A dietician will not only keep up-to-date with the latest developments but will also tailor the diet to you and your symptoms.
‘The aim of the diet is to allow people to eat as much of a variety of foods as possible, including high FODMAP foods, but without eating too many foods that trigger symptoms,’ says Lee Martin. ‘It’s unfortunate that many people follow a low FODMAP diet for life because they have not sought the correct advice.’

FODMAP and the Mayr Cure
At the Viva Mayr clinics in Austria they have been treating people with FODMAP issues for ten years. Dr Sepp Fegerl, medical director of the Altaussee clinic, checks patients using applied kinesiology – testing how the body reacts to potentially problematic foods. This shows up exactly which high FODMAP foods cause problems for each person. The results are confirmed with standard medical diagnostics. A hydrogen breath test can find out if sugars such as lactose, fructose and sorbitol are not being digested properly. A stool test looks for zonulin, a protein that opens up the spaces between the cells of the intestinal lining, allowing large food molecules to pass through – causing the condition known as leaky gut which may exacerbate conditions such as IBS, migraine, arthritis and fatigue.
Having gained a full picture of problematic foods and the overall condition of your body, a diet is tailored precisely for you, avoiding the need for a long period of total elimination.
However Dr Fegerl offers these general rules if you suffer from bloating and difficult digestion: try them for three weeks and see how your body feels.

• Food should be freshly-cooked from scratch so you know exactly what you’re eating. Ready meals, sauces and processed foods often have high FODMAP foods hidden in them.
• Raw food can be hard to digest – boil or steam vegetables to make them more easily digested.
• Eat a wide variety of low FODMAP foods (see the box for details). Make your evening meal small and early – a bowl of soup perhaps. For ideas for breakfast and lunch see the clinic’s new cookbook Eat Alkaline.
• Cut out fruit, at least for three weeks. ‘The aim is to give the gastrointestinal tract a thorough cleanout and support it getting back into a self-cleaning organ,’ says Dr Fegerl. ‘Fermentation from sugars, giving off toxic alcohol and gas, is the last thing you need.’
• Use good quality cold-pressed vegetable oils, such as linseed and hempseed oils, to drizzle over vegetables or into soup. ‘These have an anti-inflammatory effect on the gut,’ says Dr Fegerl.
• Learn how to chew. Chewing allows saliva to start the digestive process. In particular the outer skin of many vegetables needs to be broken down in the mouth or your body won’t be able to absorb their nutrients further down the digestive tract. Poorly chewed food also creates gas in the lower intestine.
• Don’t drink while you’re eating. ‘Water dilutes the digestive juices and, when combined with food, can also create gas in the lower intestine,’ says Dr Fegerl. Drink plenty of water mid-water and mid-afternoon.
www.vivamayr.com

What to do if you would like to try the low FODMAP diet.
Ask your GP or gastroenterologist (gut specialist) to refer you to a registered dietitian who is trained in the low FODMAP approach. If your GP is not familiar with FODMAP, Kings College London hold a list of FODMAP trained dieticians on their website: www.kcl.ac.uk

A version of this feature first appeared in the UK edition of Top Sante magazine.

Photo by Dose Juice on Unsplash