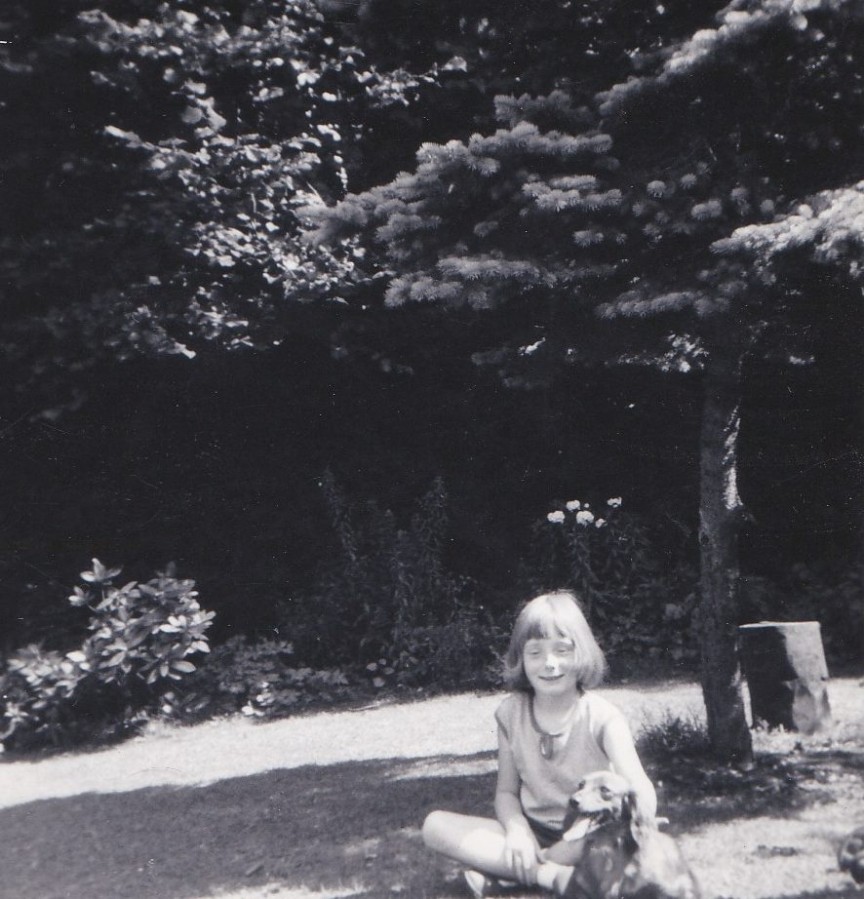 Who were you as a child?  Who were you before you learned to behave in ways that your family, your teachers, your peers, society deemed ‘correct’?  What were your passions and your pleasures? What did you love to do?  What drew your eye; what made you laugh; what made you exhilarated; what made you content and at peace?  Think back.  Feel back.

I was often a quiet child, drawn to imagination and magic, to myth and legend.  Many of my earliest memories involve the wonder of nature – being entranced by myriad spider webs in a hedge when I was ridiculously young – under two certainly.  My walk to school took forever as I kept being caught by the wonder of icicles or the tracery of a skeleton leaf or the mandala of a flower.

Secret places soothed my soul – I had a den behind the sofa at my grandparents’ cottage and a hideaway in the branches of a favourite tree.  I even took possession of a triangle of scrubland on the way to school, a patch of nettles and briars, a forgotten corner by the railway bridge.

Yes, I had friends but my best friend was my imagination.  Yes, I had toys but they were generally laid aside in favour of mythical beasts and iguanas.  I craved a pony or, at least, a rocking horse but, faut de mieux, I turned a chair and a lemon-coloured bathrug into my steed and spent hours flying across deserts on my palomino, trotting through dappled forests and cantering through the splash of waves on some distant beach.

Who was I?  An artist, a creator, a maker, a writer, a storyteller and also, maybe unexpectedly, an organiser, a creator of secret societies.

Never quite at home at school, I came into my own in the wild – camping with a small group of friends or just taking myself off into the local parks and woods.  The order of a woodland camp gave me huge contentment – the simple pleasures of foraging firewood, of cooking over an open fire, of music, soft strumming and singing under the stars.  During the day I’d kayak clean fresh rivers or ride sturdy ponies by preference; walking was never so much of a pleasure.   Or just sit quietly in the forest, listening to its sounds or maybe whittle a stick, uncovering a hidden form – a woodpecker, a fox, a badger.

It makes me wonder.  Why do we stop doing the things we love?  Why do we stop being the people we really are?  And then, once we wake up and realise what we’re missing, why don’t we run like crazy to reconnect with that beautiful young soul we once were?