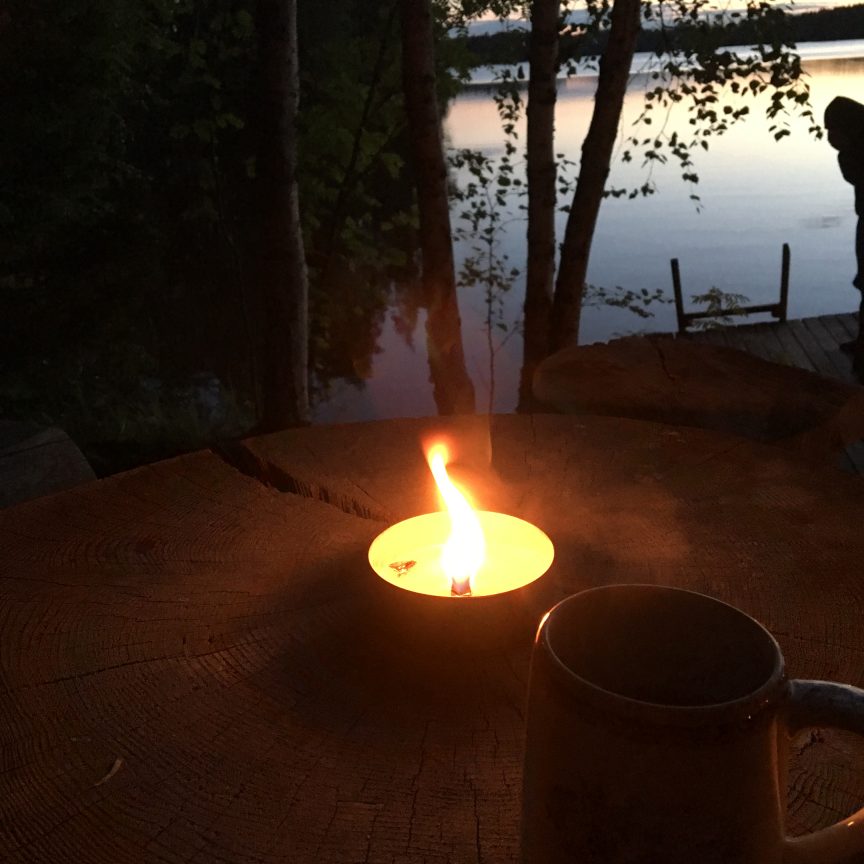 I’m sitting in a sauna, in Finland, by the edge of a lake. I’m stark naked and feeling painfully self-conscious. I seriously wish I had four pairs of arms, like a Hindu deity, to cover up all the bits of my body I dislike. Then, slowly, I stop freaking out and start noticing my surroundings – a wooden cabin, quite spacious, and (unlike many saunas I’ve been in) the temperature is deeply pleasurable. Someone tosses water onto the coals and there’s a satisfying hiss and a billow of steam. The light is dim – lit only by candles – and I start to relax a little.
Sauna in Finland is an institution, close to a religion. Apparently there are around two million saunas in the country – and only five million Finns! 99 percent of Finns take a sauna at least once a week.

I’m here on a Radical Honesty (radicalhonesty.com) retreat held at the family cottages of the facilitator, Tuulia Syvänen, set by a pristine lake not far from Tampere. Losing shame over our bodies is a part of the prescription. One night we watch a film, Steam of Life, a series of vignettes of people, mostly men, talking to one another in saunas (some traditional, some wildly inventive – a sauna-car, a sauna-telephone box).  It’s a stunning film, truly humbling and life-affirming – check out the trailer at the bottom of this post and do watch it if it appeals.

It struck me that the sauna is a huge leveler – without clothes, you have no idea of what people ‘do’, you don’t judge them by their position, their affluence, their style. It also struck me just how comfortable Finnish people are in their bodies – only a handful of the bodies in Steam of Life had what society would judge as attractive bodies. The men talked frankly, without embarrassment about their feelings, about sadness, about grief, about loss. They laughed and cried together.  I cried and laughed a fair bit too.
Back in our sauna, we shared stories too. There is something about being physically bare that makes one feel free to bare oneself emotionally too. We talked honestly; we confessed to tough stuff; we laughed like drains.

It’s a cleansing process on all levels. The cottages don’t have running water so the sauna was our shower. Once you got sufficiently sweaty, you’d stand up and shower yourself with cool water. There are brushes for scrubbing and also bundles of birch twigs and leaves, known as ‘vasta’, for gently whipping your body. It sounds masochistic but it feels great – and by stimulating the circulation, makes your skin super-soft. When the heat gets too much, you go out, pick your way over the moss and rocks to the lake and stagger in, crying wildly (in my case) at the cold. But once you plunge in, it feels amazing. I turn over for a brief float and watch stars pinpricking the sky. Then it’s back into the snug warmth of the sauna. The contrast – the cold wild open freedom of the lake and sky against the warm cosy enclosed companionship of the cabin struck deeply. Isn’t this what we all need in life – a combination of wild freedom and friendly warmth?

After five days, I came to love the sauna. I even came to love my body a little more. If you get the chance to try it, grab it with both hands.

A version of this first appeared in my column for Natural Health magazine.