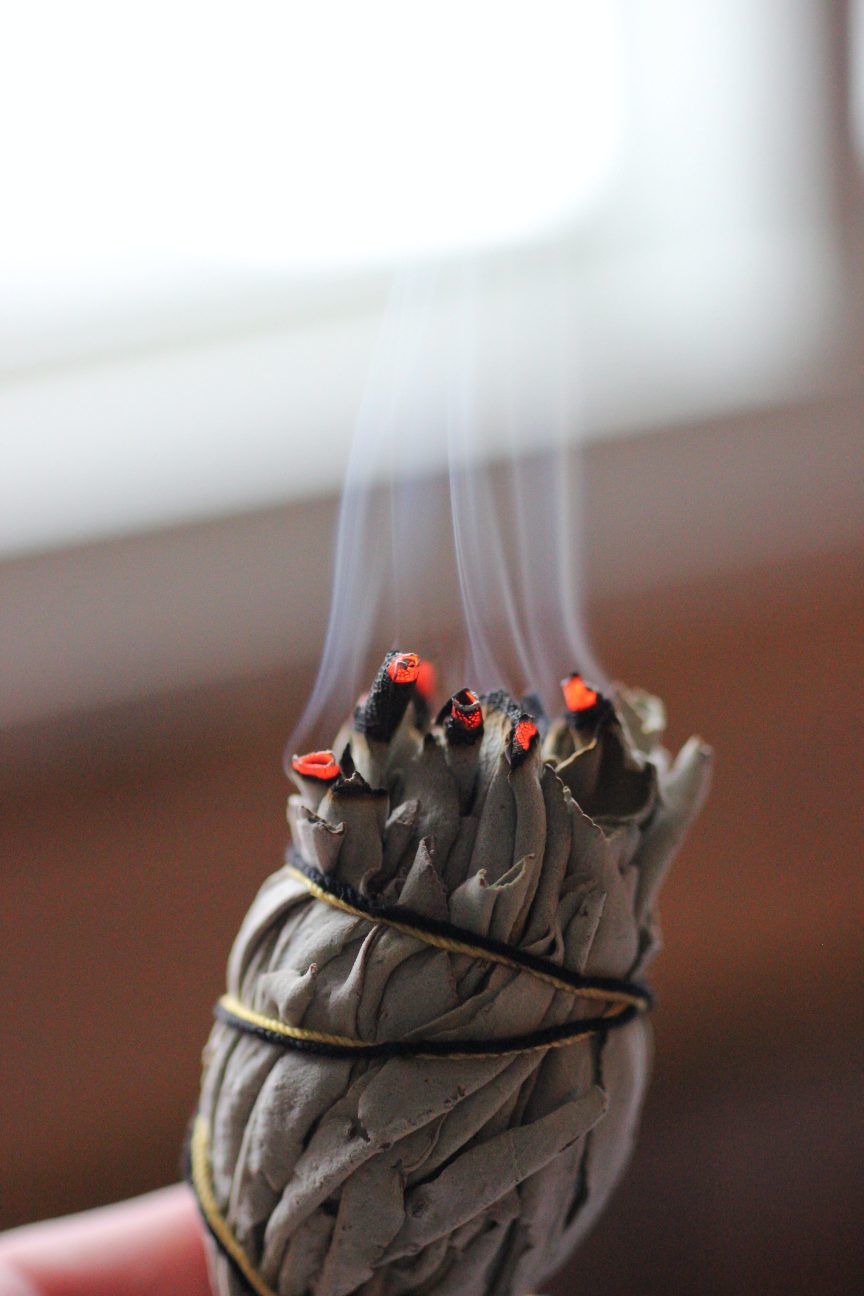 I was introduced to smudging at a workshop by the wonderful Denise Linn.  The scent of the burning bundle of herbs sent tingles through my body and I could feel how the energy of the room instantly shifted as the smoke was wafted through it.

Smudging is a powerful cleansing technique from the Native American tradition.  It calls on the spirits of sacred plants to drive away negative energies and put you back into a state of balance.   Think of it as the psychic equivalent of washing your hands or scrubbing the bath.   How does it work? Who knows? But variations of it have been used for thousands of years in indigenous cultures around the world and I’m pretty sure that, one day, quantum physicists will show how the energy of certain plants can affect our bodies and our environment.  After all, we’re all made of energy.

I have been smudging for over 20 years now and have included it in many of my books.  I have even smudged Lorraine Kelly live on her TV show – she seemed to enjoy the experience!

I remember once visiting shaman Leo Rutherford at his London home.  It was a part of town I didn’t know and, when the time came to leave, I realised I was inexplicably nervous about heading out into the night.

‘Are you okay?’ Leo asked, picking up on my unwillingness to go. I told him how I felt and he smiled.  ‘You need a quick smudge,’ he said and lit up a smudge stick.  I stood in his hallway as he wafted the smoke around me with a huge eagle’s feather.  It only took a few minutes.

‘You’ll be fine now,’ he said.  And I was.  My entire mood had shifted and I walked down the street feeling as if I were wearing an invisible cloak of power, like some urban superhero.

I had another powerful experiece with smudging when we moved out of London to the Somerset countryside.  Feng shui consultant and space clearer Sarah Shurety smudged and cleansed the house and, although I had been hugely sceptical about the process, I had to admit that the atmosphere in the house totally changed.  So much so that, when we next moved, the first thing I did was to call on another space clearer, Karen Kingston, to do the honours.

Absolutely anybody can smudge – there’s no fancy technique to learn, no real skill involved – it’s the ultimate DIY space clearing technique.  Give it a try.

You can buy smudge sticks on-line or from New Age type shops. You will also need a large shell or fireproof bowl, a large feather and matches.  Be cautious if you suffer from asthma or respiratory difficulties (and watch out for smoke alarms!).

You can smudge another person using the same technique and smudging is also a great tool for cleansing your home or work space. Simply walk around the room wafting smoke into each corner (leave a window open so the negativity can leave).

My book The Smudging and Blessings Book (Sterling) gives more information on how to use smudge and make your own smudge sticks, plus a selection of easy rituals and blessings. A version of this feature first appeared in Natural Health magazine, for which I write a monthly column.

Photo by Kayla Maurais on Unsplash