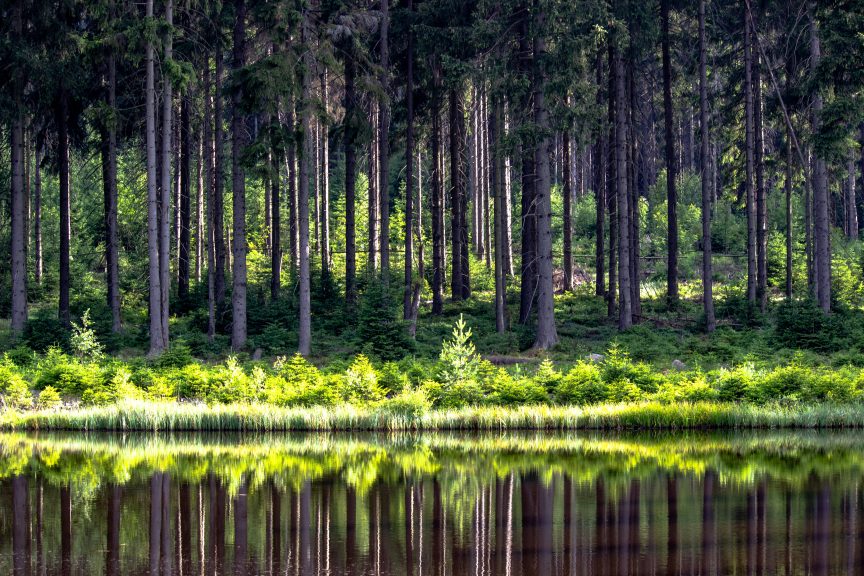 So, my piece on Poland finally appeared in the Mail, nine months after I wrote it.  A good gestation, eh?  Take a look here.

These things always tend to get cut and spliced, squashed and squished into the available space – much like most things really. So, in case you’re interested, here’s a longer version.

‘Evening diving in the ancient glacial waters of Wigry lake.  It’s the third biggest lake in Poland, but it has the longest and most winding shoreline.  Actually, ‘wigry’ means ‘winding’ in the language of the Yotvingian tribes, who used to live here thousands of years ago.  The depths of the lake exceed 70 metres.  Its abyss is like a universe.  So is the inside of a quark.  Vast, empty space flashed across with impulses travelling at the speed of light in all possible (and impossible) directions.  Many at a time.  Electric lake eels…’

A passage from Symphonic Bridges

a book I first read almost five years ago, the one that launched me on my meditation/fasting/spiritual rejuvenation malarkey.  Wigry Lake wound through the book and it intrigued me.  So then last year its author, Marek and muse/soul-mate Malgosia invited us all out to visit.  Adrian couldn’t come so it ended up as just James and I.  And it was magic.  It really was. 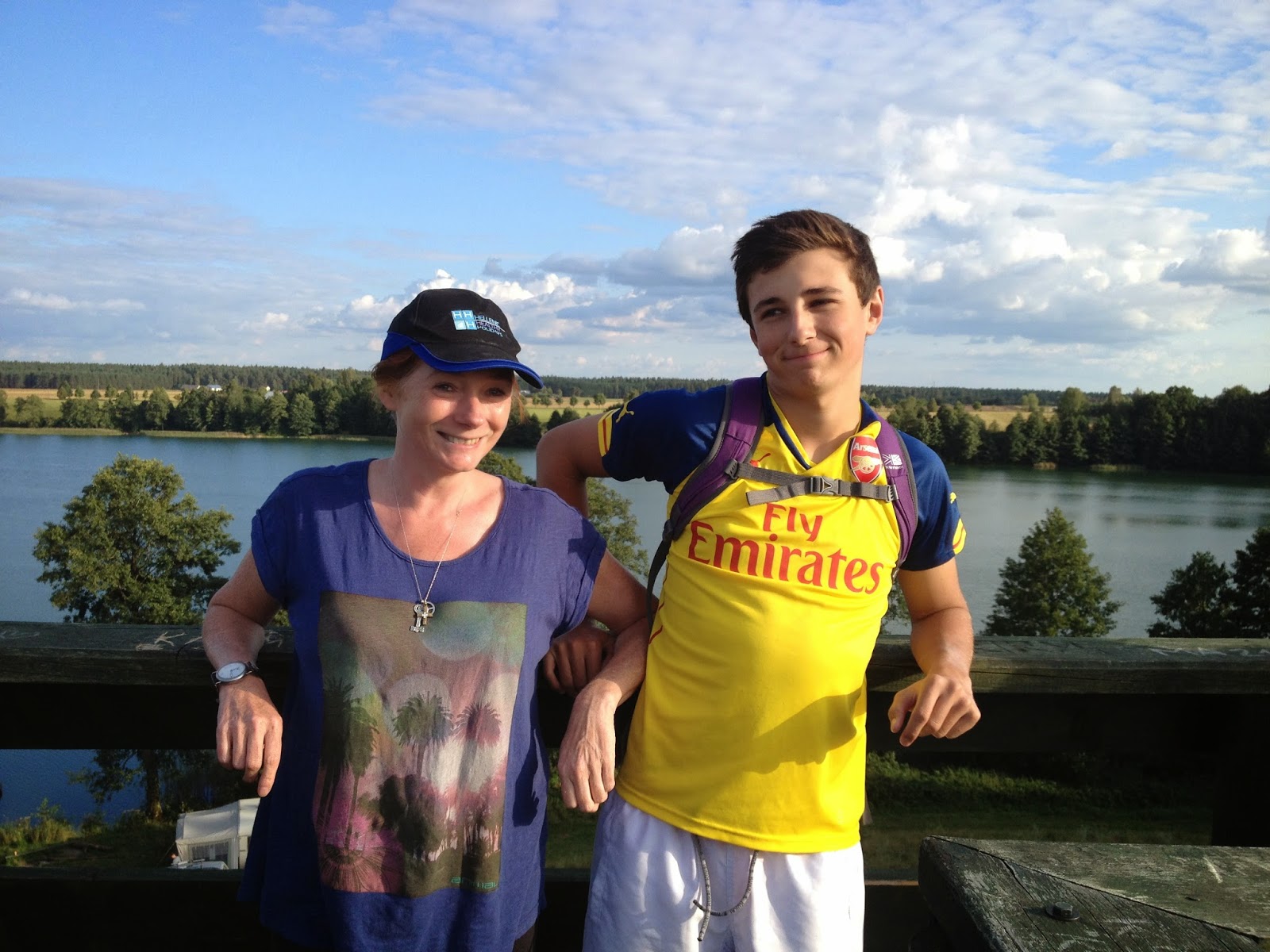 The Wigry National Park (Wigierski Park Narodowy), nestles right up against the Lithuanian border. It’s the furthest outreach of the Masurian Lakes (Poland’s Lake District) and the most sparsely populated.  We fly into Kaunas, in Lithuania and, as we drive south-west, my heart sinks.  The countryside is flat and boring, the road straight and monotonous.  Yet, almost the moment we cross the border into Poland, everything changes.  The roads shrink and start wriggling around perky hills and Fuzzy Felt farms and woods.   Then the trees become denser and, every so often, we spot a glint of water.   We’ve reached the lake. 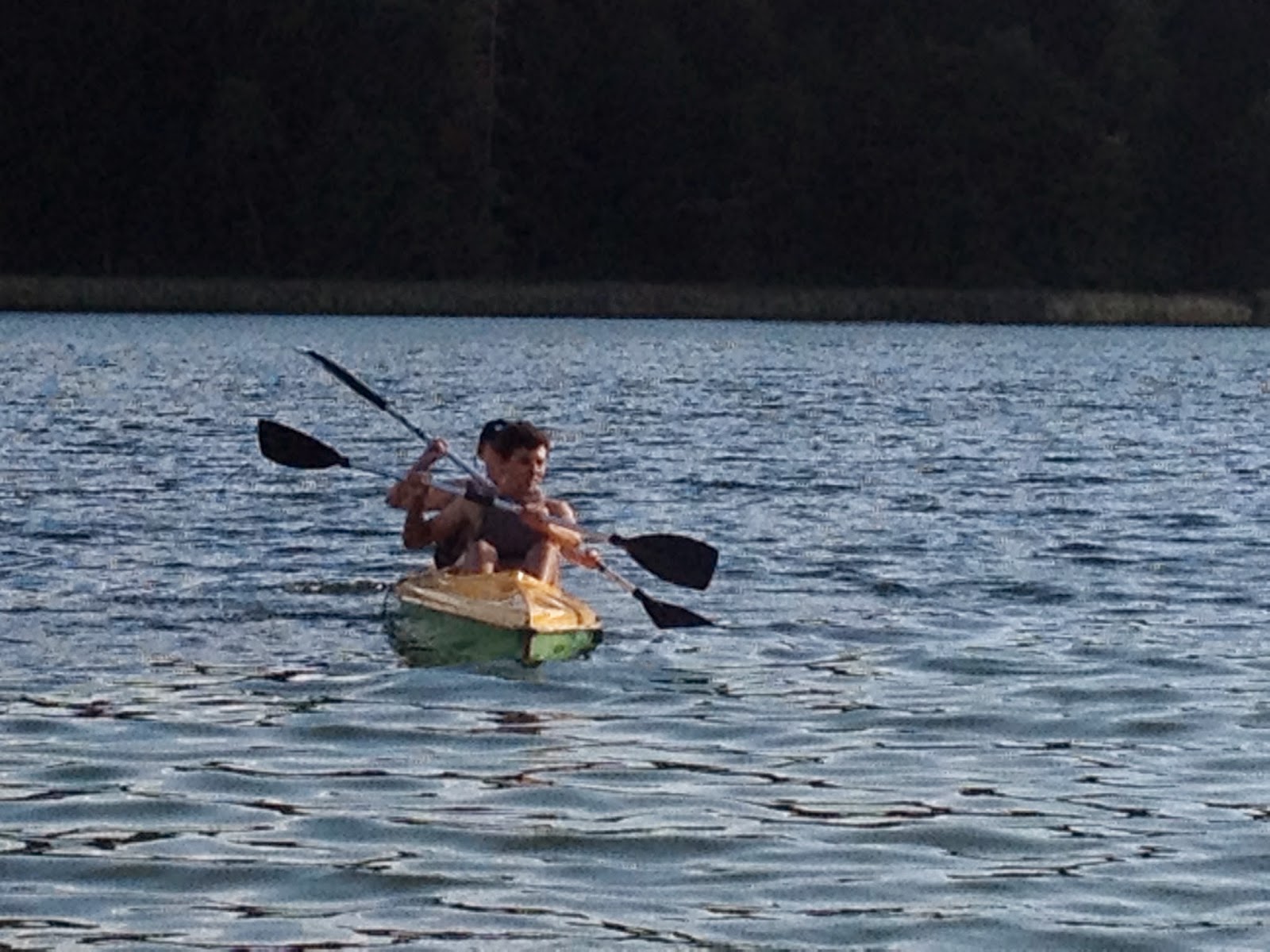 Our base is an unassuming but pristinely clean hotel right on the Wigry lakeshore.  The National Park snuggles all around, primeval forest and waterways that are home to otter and beaver, wolf and elk.  It may be unspoiled but it’s exceedingly well set-up for outdoorsy pursuits.  The hotel rents out mountain bikes and Nordic walking poles and you could cycle or hike for days around the well-marked and maintained trails.  Or you can take to the water.   Whichever way you turn there’s another beach, another jetty, another twisting corner of Wigry: the name means ‘winding’ in the language of the tribes who lived here thousands of years ago and it has the longest and most winding shoreline of all Poland’s lakes (yes, I nicked that bit).  The water is so inviting it sits up and begs.

I’ve never been big on wild swimming but the water here almost cuddles you.  ‘Are there sharks?’ James asks, as we float, our faces turned to the sun, the mildest current swaying us back towards the reeds.  ‘Only cold water ones,’ Marek jokes and we all laugh as James scythes through the water back to shore.  But as we peruse the menu on the wall of U Jawora, a lakeshore restaurant, monster pike with dagger teeth glare down from over the bar.   I try to divert his attention with a debate over whether he should have pierogi (large ravioli) or fish.  ‘I’m not eating one of those,’ he says firmly, glancing upwards.  You can’t con a teen. 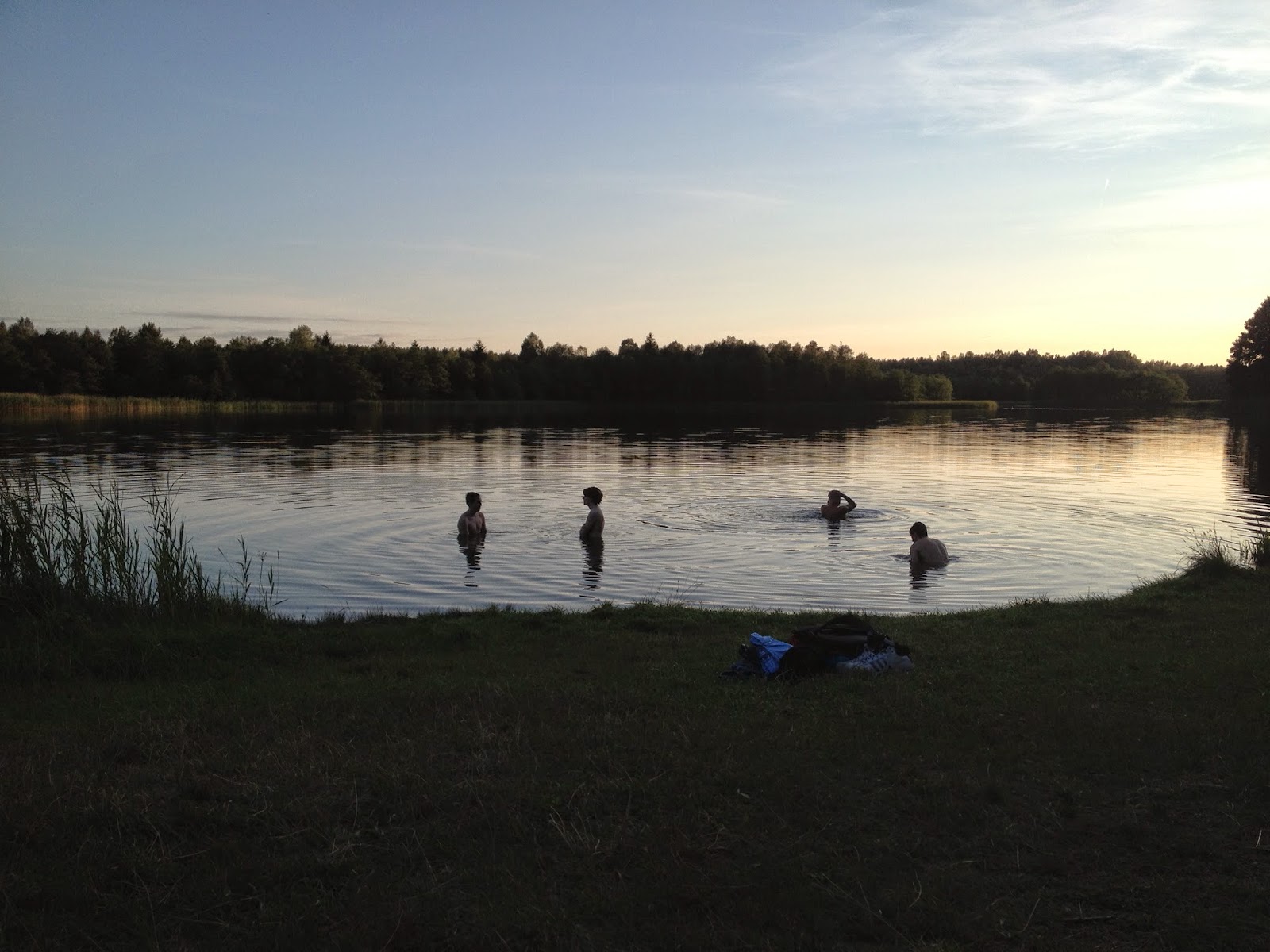 The food here is solid, verging on stolid, big piles of comfort stacked high and priced low, way down low.  Kartacze (potato dumplings stuffed with meat) or pierogi stuffed with potato and cottage cheese each weigh in at a lightweight £3.  A thick bowl of creamy beetroot soup served with a hearty side of potatoes (rather than bread) strains to reach £2.

We need the calories with the amount of exercise we’re notching up.  We cycle through the forest, keeping a hopeful eye out for wildlife but we’re too noisy, what with our clanking gears and my muffled grunts as I hit yet another tree root.  For the umpteenth time, I wish I were wearing padded cycle shorts like Malgosia.

The area has a time-slip rustic feel – it’s hard to pin it down but I’m put in mind of 1950s Americana, Yogi Bear style.  In fact it’s all so darn wholesome that, as we sit by yet another pristine lake, watching the sun dip down to the water, I find myself singing old girl guide campfire songs as James takes another swim (thoughts of killer pike clearly forgotten). The place has somehow transported me back to my own teens, to a time when holidays didn’t need to be sophisticated or expensive; when fun came from the simplest of pleasures.

‘You know what?  I’ve loved this holiday,’ says James, as we sit for the last time on the hotel jetty, sharing a bar of chocolate and watching the stars.  He looks slightly bemused but I can’t argue.
‘Me too,’ I reply.  ‘Me too.’

See the Mail piece for details of where we stayed.

Photo by Slawek K on Unsplash