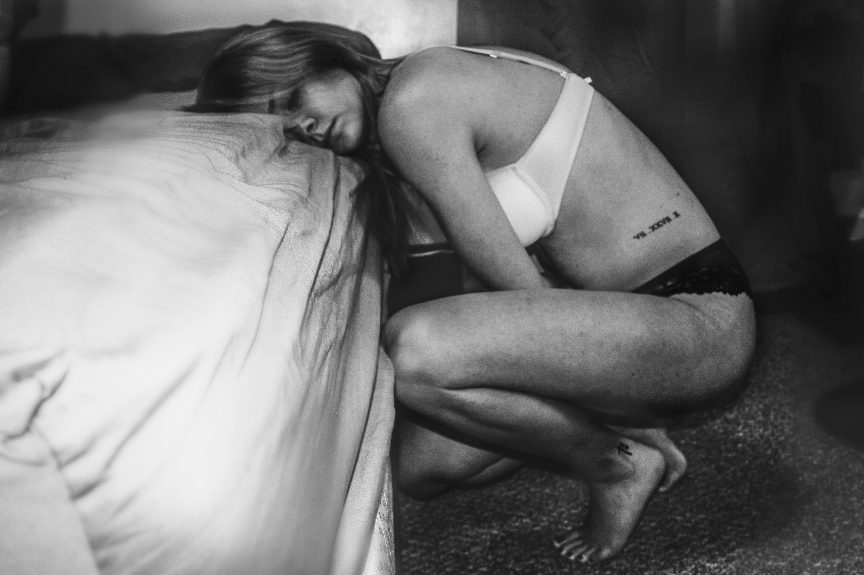 “Tiredness kills. Take a break.” I passed the sign on the dual carriageway in a blizzard of snow and smiled ruefully. I’m tired before I even start driving. I’m so bloody tired I often don’t know which gear I’m in. Sometimes I don’t even know if the engine is turned on or off. Often I completely forget where I am or even if I’m going in the right direction.
‘You know you shouldn’t drive when you’re tired,’ says James (fresh from passing the theoretical part of his driving test). ‘I know,’ I say. But really, what do you do when you have no choice? When there’s no public transport and you have a teen who needs an education?

Not being tired would be the answer, of course. But insomnia and I are old sparring partners and, of late, I’m not winning many bouts. I lie, tossing, turning, my body twitching and my mind flickering away down rabbit holes, for hours upon hours. When I finally run out of rabbit warren and fall into sleep, it’s too late – the alarm is about to go off.

When I was young I used to shake my head over insomnia. What was so difficult about sleeping? You lay down at night, closed your eyes and woke up in the morning, right? For me (like many women) it was pregnancy that scuppered sleep. Hormones swerved out of control and by the time they settled down, the damage was done – they had trampled a super-highway of synapses through my brain and I couldn’t get back on the soft meandering lanes of slumber.

Truly I think there are two tribes – those who sleep and those who don’t.  The former will never ever understand the latter. How can they? You try to explain how lack of sleep makes the world a harsh and puzzling place – physically you lack coordination, you stumble, you reach out and miss,  your eyes sting and squint. Mentally your IQ is decimated – even the simplest equation doesn’t add up; even the simplest sentence rarely comes out in an intelligent fashion.  Wordpress asks you to solve 12-7 and you get it wrong…twice.  Emotionally you’re a mess – it’s like PMS on acid – you’re neurotic, paranoid even, easy to anger, easy to tears. Little annoyances become huge insults.  You wonder why lack of sleep is used as torture? Ask an insomniac.

I’ve tried every cure, every strategy going. Some help a little, most don’t. The only thing that really works is sleeping pills and, every so often, I bite the bullet and have a few nights on the drugs. I don’t like it, but they do shunt me off the sleepless superhighway for a bit, rewire the synapses for a short while.

Anyhow. As I drove back (the 20 minute journey that now takes close on an hour – thank you so much, local Highways people for closing off an entire road for months), the snow cleared and the sun broke through. Rainbows flickered across the spray from the wheels of the car in front. Snow shimmered on the hills. I turned down a track and stopped for two riders, leading two more horses; as they passed they gave me big wide smiles. I smiled back, grateful for the moments of beauty, the touches of humanity. Now I’m home and I’m thinking back to that sign. I never cut myself any slack, I usually sit at my desk, working until I pass out. But today, sod it, I’m obeying the sign and going to take a break. Afternoon nap, here I come.  Then, with any luck, I’ll be ready for the second trip of the day.