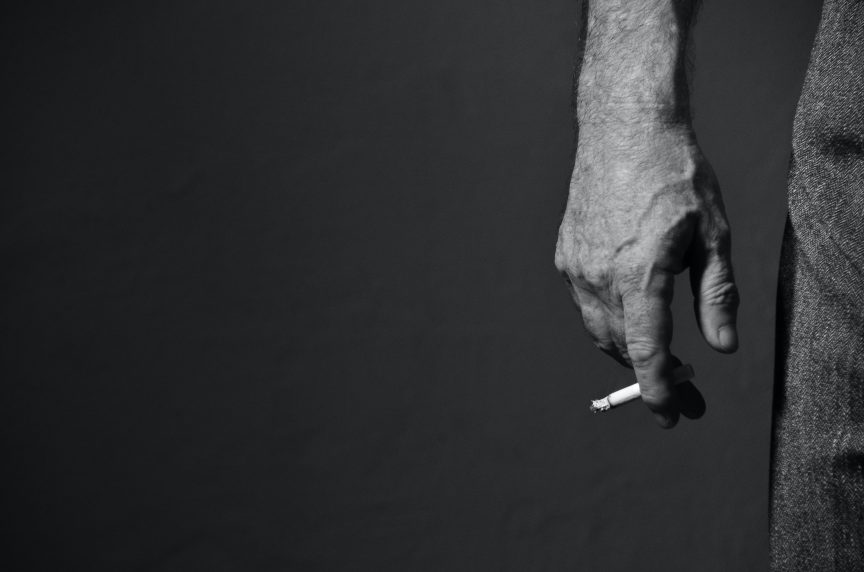 ‘We live in an addictive society,’ says Deirdre Boyd, editor of Addiction Today and author of Addictions & Recovery. One in 13 people in the UK are dependent on alcohol and 14 million children under the age of 14 have taken illegal drugs. A staggering 99 percent of London banknotes contain traces of cocaine.
But addiction no longer just refers to abuse of alcohol, drugs or tobacco – the term is also used for those who are addicted to food (or lack of it) – overeaters, anorexics and bulimics. It extends out to include the whole raft of behaviour addictions (gambling, sex, exercise, shopping, emailing, codependency). In the US, there is even a 12-step programme for people who are addicted to 12-step programmes!
We may joke about being ‘shopaholics’ or ‘weboholics’; we may giggle about celebrities who weep that they’re sex addicts; we may even quip that we’re hooked on spinning or TV soaps. But any behaviour, if carried out obsessively and to excess, can result in problems. Gambling and shopping addictions can make people steal, just as much as a drug addiction. An exercise or food addiction can lead to ill-health just as much as smoking.

Unfortunately some addictions are actively encouraged in our society. Workaholism is known as the ‘respectable addiction’ – in Japan overworking is so common that they even have a word for ‘killing yourself through overwork’ with tens of thousands of people dying every year from 70-hour work weeks. The Internet is another ‘respectable’ form of addiction – it’s cool to spend your life on-line rather than in the real world. Virtually every glossy women’s magazine gives the nod to compulsive shopping.

So there is little doubt that addiction is a problem, but what causes it? Alcoholism, in particular, has been studied in great depth and is found to have a genetic link – or rather 51 of them! According to a recent report in the American Journal of Medical Genetics, 51 separate genetic regions have been found for alcoholism. Part of that genetic link is focused on lowered levels of serotonin and dopamine, the ‘happy chemicals’ which appear to be suppressed in people from families who are prone to a variety of addictions.

Of course, the majority of people drink without becoming alcoholic and go shopping without becoming shopoholics. But how can you tell if you will draw the short straw? Is it possible to identify the ‘addictive personality?’

Men are more likely to become addicts than women – twice as many men as women become drug-users and men binge-drink twice as much as women. However women are more susceptible to drugs and hence fall into addiction more quickly. Psychiatrists find that anxiety and depression are frequently precursors to addictive behaviour, as is low self-esteem. The research on individual personality traits is scant but compelling. A report in the journal Alcoholism – Clinical and Experimental Research (2006) found that, for example, people with a personality trait called ‘high novelty seeking’ are more likely to develop an addiction to alcohol, especially if they have a parent who is an alcoholic.
‘There is support for a common psychological vulnerability,’ says Dr Caroline Davis, professor of psychiatry at the University of Toronto, ‘but why do some individuals choose nicotine, others alcohol and others food (or its absence)?’ As yet, nobody really knows.

Could you have an addictive personality?
Answer these simple questions to discover if you run the risk of addiction.

1. You’re in a hotel and the mini-bar is full of nibbles, sweets and dinky drink bottles. Do you:
a) Not settle until you’ve scarfed the lot – once they’re out the way, you won’t want any more?
b) Nibble a few nuts with a glass of wine – but only if you’re in the mood?

2. You’ve been put down by your boss and a co-worker comes up and asks you how you’re feeling. Do you:
a) Act surprised. You think you’re perfectly okay. You aren’t a great one for emoting.
b) Explain that you feel a bit angry at the injustice – you’re always quite open about your feelings?

3. When you’re driving do you:
a) Generally ignore the speed limits (they’re a waste of time). If you can get away with it, you’ll park on the yellows too.
b) Stick to the limits (they’re there for a reason) and park legitimately.

4. You’re flipping through holiday brochures. What is drawing your eye?
a) Not a lot. You’re after something new and exciting – extreme sports or trips to wild and possibly dangerous locations. You need a frisson of excitement.
b) Soft white beaches in easygoing holiday destinations. Somewhere safe, beautiful and relaxing.

5. You’ve bought a new laptop – what are you using it for?
a) Everything! You spend every last minute on-line – on Twitter, Facebook, Instagram, Snapchat, MySpace, blogging, trawling eBay for the latest bargain. Your new best friends are people you’ve never met.
b) To do the weekly shop and email friends abroad.  Twitter? Why?

6. You’ve been shopping and flexed your credit card out of its comfort zone. Do you:
a) Whisk it out of its bag and shove it at the back of your wardrobe before anyone sees it. You’ll have to hide the bill when it comes in too.
b) Show your partner what you’ve bought. It’s lovely and it’s not like you treat yourself that often.

7. Were you allowed to express grief as a child?
a) No. You grew up in a family where ‘big girls don’t cry’ or ‘boys don’t cry’- showing grief was seen as weak. You suppressed any painful feelings as they were too shameful.
b) Yes. You were always encouraged to express your feelings and work through any uncomfortable emotions.

Check your scores:
Mostly a’s – you show many of the signs of an easily addicted personality: impulsive and compulsive behaviour; rule-breaking; guilt; thrill-seeking. Deirdre Boyd points out that many addicts suffered from suppressed grief in childhood and that they are out of touch with their feelings, relying on ‘thinking’ rather than ‘feeling’. Bear in mind that you have a propensity to addiction – forewarned is forearmed. You can choose not to put yourself in situations that could lead to addiction.

Mostly b’s – you could probably spend a week in Las Vegas and come away with nothing more than a sun tan. You are open in your emotions and can express your feelings clearly. You don’t show signs of guilt or shame or secretive behaviour. That said, personality is not the only factor in addiction so don’t push your luck.

What to do if you’re addicted
Most people find it is simply not enough to ‘just say no’ – stopping an addiction leaves a huge vacuum in your life which is why it’s so common for addicts to swap one addiction for another. The key is to find new and healthy habits to fill that gap. Most doctors and psychologists suggest the 12-step programme as a good starting place for addicts of all varieties as they offer a high degree of support and a framework for change.
Psychotherapy and counselling can be hugely helpful – most addicts have problems with creating firm boundaries and also tend to have low self-esteem. CBT (cognitive behavioural therapy) and CAT (cognitive analytic therapy) have good results – see the websites www.babcp.com and www.acat.me.uk
Deirdre Boyd also recommends acupuncture (some acupuncturists specialise in addiction recovery) and nutritional therapy (many addicts are lacking in essential micronutrients, particularly the B complex). She also suggests ‘a healthy diet, exercise, laughing, positive thoughts, relaxation, meditation and yoga’ to boost serotonin levels naturally.

A version of this feature first appeared in Healthy magazine

Photo by Michelle Ding on Unsplash