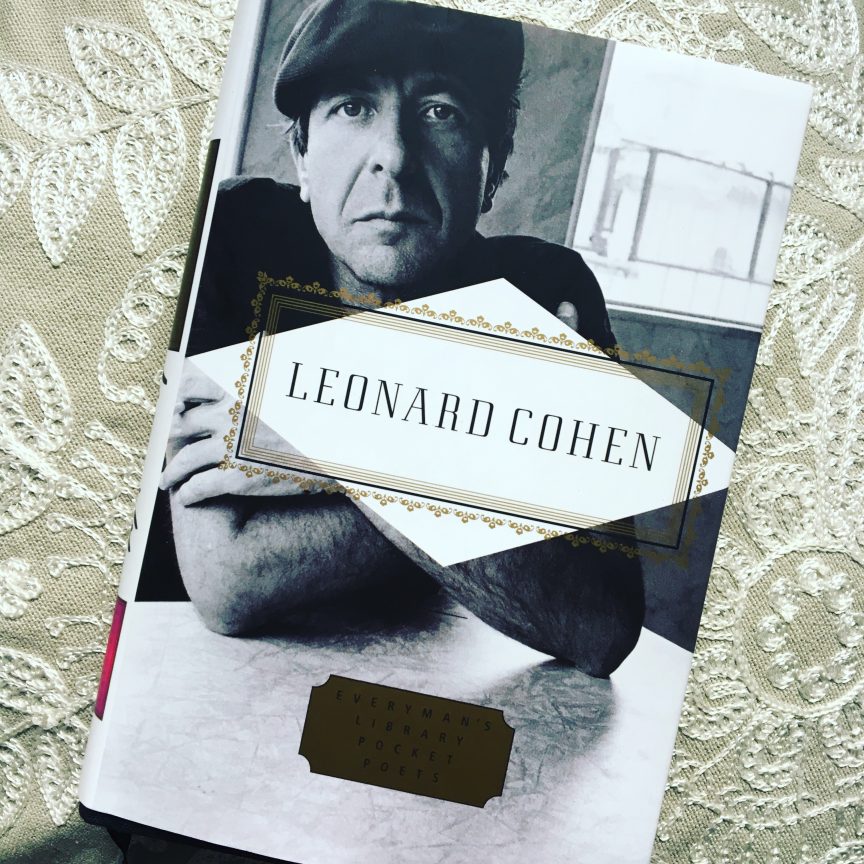 I first heard Leonard Cohen growl in 1968.  My brother came home with The Songs of Leonard Cohen, and said, ‘You have to listen to this.’  My mother, sister and I plonked down on the sofa as he pulled the album from its sleeve and placed the vinyl on the turntable.  I can still hear that faint crackle and hiss in my mind’s ear.  Then…that voice.  Nobody said a word. We were entranced, hypnotised.

Listening back, it seems strange for an eight-year old to fall in love with such a songsmith.  Yet tracks like Teachers, The Master Song, and The Stranger Song burrowed into my psyche.  His music became the soundtrack of my life.

I saw him live just the twice.  Once in the late seventies in Manchester and then again, a few years back, in London.  He made even a huge arena feel like an intimate space.  When I heard he’d died, I cried.  To be fair, I’d been crying a lot back then.  I was in Wales at The Path of Love and had spent the week delving deep.  Our phones and laptops had been taken away so I had no idea what was going on in the outside world.  Cohen’s songs punctuated the week, a lodestone for me.  When the course finished I said how wonderful it had been to hear so much Leonard.  They said, ‘Well we had to, given what happened…’  And, of course, then I realised.

Not so long ago, Adrian bought me a copy of the Everyman’s Library Pocket Poets of LC.  Reading the lyrics of the songs I loved so well and so long was curious.  Some felt diminished, laid bare and strangely fragile on the page.  I felt uncomfortable, as if I had caught them undressed.

Then the book fell open on something I had not read before – coming, as it did, from one of Cohen’s books, rather than his albums.  The Asthmatic.

The words bludgeoned me, smacked me between the ribs.  As I read back the words I’d typed I realised I’d typed “workshop time” in place of ‘worship time’.  Gotta smile at the subconscious.

I was diagnosed with asthma, aged ten, directly after the death of my father.  Over the last couple of years, my doctor keeps pressing inhalers on me.  It is a mysterious illness, skating the edge between psyche and soma.  Loss is its bridegroom, I feel.  Unexpressed grief is its veil.   In Cohen’s commentary he says asthma is probably the ‘condition of profound indecision’.  Is it?  I’m not sure.  Then I think again.  That line:  ‘Because you cannot be here.’  Asthma, just maybe, is a sickness of soul – a profound sense of indecision about life itself, about breathing itself.  Fanciful?

Anyhow, here are two of my favourites from that first album.  Curiously, neither is included in the book.