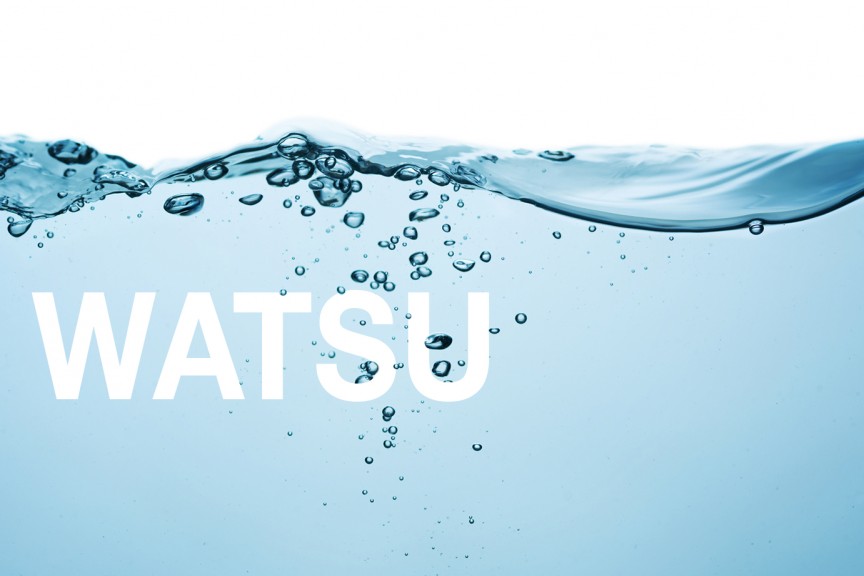 Massage on dry land feels good but massage in water is simply amazing.  Watsu is the remarkable form of ‘water shiatsu’ which eclipses pretty well most forms of bodywork.  You lie back, cradled in the practitioner’s arms and are pulled, stretched and even undulated under water – until your body and mind are returned to you refreshed and renewed.  Practitioners and their clients claim watsu can reach the parts that other therapies can’t touch – it not only releases stress, pain and muscle tension but also has the ability to heal emotional pain.  Watsu is remarkably intimate and it is this intimacy, this inherent closeness which apparently can restore a sense of childhood innocence and joy.

Watsu was developed by American poet Harold Dull.  Dull became fascinated with the Japanese acupressure therapy, shiatsu, and studied it in depth in both San Francisco and Japan in the 1970s.  However he also loved water and felt convinced that shiatsu would be even more powerful if combined with the healing properties of water.  His first attempts involved giving massage on a padded board set up in a hot tub but he soon realised that if he floated his client in warm water he could achieve far better, far deeper effects.  The easiest way to do this was by working on the body while cradling the head above water and he soon found that this highly intimate posture brought about its own therapeutic effects.

Several of Dull’s students added their own twist on the story. Jahara Technique is performed much more slowly than watsu with the client held further away from the practitioner.  Floats are also used which makes the whole experience less intimate.  WaterDance was developed in 1987 and, like watsu, it begins with the client held above the water to be cradled, stretched and relaxed.  But then you are given nose clips and gradually and gently taken entirely under the water. WaterDance is quite incredible to watch – the client moves underwater more like a dolphin or a snake than a human, somersaulting, rolling and undulating in complete freedom.

Watsu feels as curious as it sounds.  My first session took place many years back with Pim de Gryff.  de Gryff  studied with Dull and was one of the first people to practice watsu in the UK.  The first thing that struck me as we walked into the pool room was the heat – it was warm, very warm (one of the reasons watsu is still relatively rare in the UK – we lack the climate for outdoor work and most of our pools are just too cold).  Before we entered the pool, Pim asked me a series of questions.  Watsu can be used safely on most people (whatever their age or size) but practitioners need to know whether clients are pregnant (certain moves aren’t used) or have spinal problems, implants or any serious health or psychological problems.  Some people who suffer from motion sickness may find watsu uncomfortable and it should not be undertaken when there are open wounds, skin conditions or infectious diseases.

Having completed the health check we descended into the pool.  Pim took my head in his hands and asked me to lie back, relax and float.  The water felt lovely but it took some time before I really believed that my head wasn’t going to go under, however Pim twisted and moved my body.   But after maybe fifteen to twenty minutes, it was as if my body and mind decided to give in, relax and trust.   Time simply vanished and with it all sense of where I was, even who I was.  Some people say watsu feels like returning to the womb and I can understand what they mean.  All my everyday cares and concerns simply fell away and, in a paradoxical fashion, although my body was being intensely worked upon, at times it felt as if I had no body at all.

Most of the time watsu is delicious:  a wonderful sense of release came as Pym stretched, rocked and manipulated my body.  My spine arched and undulated like an otter’s as he freed its knots.  But at other times, I must confess, I was in agony:  I groaned and wailed while he undid painful tension in my hands and feet.  After nearly two hours I emerged from the pool quite frankly speechless.  I estimated I could bend almost two inches further than normal and my whole body felt liberated.  But what surprised me even more was that I felt emotionally moved and even quite tearful.  Being held so closely, particularly by a stranger, is simply not part of our culture.  It had felt like being a tiny child again, soothed and rocked by a loving parent.  Personally I found it a very gentle, comforting and healing experience however I could easily see that some people would find watsu just too confrontational.

Later I visited Elaine Arthey.  Elaine has trained in Jahara technique and WaterDance as well as watsu and tends to use a combination of the three in her work.  ‘It depends what the person needs,’ she says. ‘Some people feel uncomfortable with the intimacy of watsu and so Jahara suits them better.’ She demonstrated the difference which is quite noticeable.  Jahara is performed very much slowly than watsu – it achieves an almost hypnotic effect with long sweeping movements.  But curiously it seemed less safe to me than watsu and I felt a sense of relief when Elaine brought my head closer in and cradled it to her for some watsu moves.  She even managed to introduce a little Waterdance.  Water is not my natural element – I swim poorly and have never liked having my face under water.  Yet to my surprise, I found myself being rolled through the water – UNDER the water.  It wasn’t exactly elegant and I certainly looked nothing like a dolphin or seal but I could see how liberating underwater bodywork could be.  For a moment you feel the possibility of grace, of moving free of gravity in another element.

It’s powerful stuff.  While Elaine worked on me in the water it felt pleasant but almost negligible in its effects.  Once out on dry land I realised with a jolt that I had experienced an intense workout.  I was aching all over – in the best possible way and my back, which had been troubling me for some months, felt noticeably freer.

Watsu and its cousins don’t just have novelty value:  research in America over the last twenty years has shown watsu to have a host of benefits. Water takes the weight off the vertebrae and relaxes the muscles so the practitioner can move the spine in ways that would be impossible on land.  The effect is far greater freedom and mobility in the body. Janet A, in her 70s, is a potter living and working in Suffolk.  ‘I have a long-standing back problem and will try anything to help it,’ she says, ‘Watsu is wonderful – you shut your eyes and could be anywhere, floating on the ocean in your own space.  You become completely unaware of the pool around you.  I think it definitely helps my back – it takes the pressure off the body and after a session I feel very light and relaxed.  I also have an extremely good night’s sleep.’  She has recently tried WaterDance:  ‘You wear a nose clip and go under for a few moments.  That too was wonderful – although I could see that some people might find the prospect of it frightening.’

Tests have also shown watsu influences the body in other ways too:  it decreases muscular tension, increases superficial circulation and lymphatic function; strengthens the immune system and can aid digestion and respiratory difficulties.  Hilary Austin who practices watsu in Corsham says it is ideal in the later stages of pregnancy when so many other forms of bodywork are contraindicated.  She says it provides a wonderful sense of relaxation and weightlessness – quite a gift for the last semester.

Many people find watsu helps insomnia and anxiety, that it can release deeply-held stress and improve posture.  In California it has been used successfully to help people with addictions and, paradoxically, it can even help people get over a fear of water.  Above all it has profound effects on an emotional level – particularly for those with intimacy issues.  Harold Dull insists that the close contact between practitioner and client is an essential aspect of the therapy; that it allows for the deep emotional healing that can take place.  Elaine Arthey says that many people find that the close, nurturing touch, brings up old memories.  You might remember a time of great happiness, of safety and security.  That can be very helpful, particularly for people suffering depression.  When the body remembers how it once felt, it’s easier to bring that feeling back into everyday life.’   She finds that clients who are undergoing psychotherapy or personal development work notice that the watsu seems to speed up the process.  ‘It works as a catalyst,’ she says.

Mari MacRitchie, who practices watsu in Glasgow (www.bodysense.co.uk) finds the therapy very therapeutic, and popular, with children who have physical or mental disabilities.  ‘If a child is normally confined to a wheelchair, it can be wonderfully liberating,’ she says.   One of her clients is five year-old Li from Clydeside.  Li has spina bifida and has been having watsu sessions with Mari MacRitchie every month since last summer.  His mother, Jane, feels they have helped him enormously.  ‘Li is confined to a wheelchair and it’s very hard for him,’ she explains, ‘He gets very frustrated and it affects his behaviour – he often has tantrums.  The watsu has a wonderful effect on him.   He goes really quiet and calm after a session and it lasts for quite some time.  I also feel it helps his concentration – it makes him more focused.  It’s difficult to quantify exactly how it’s helped him physically but I’m sure it has.  At the very least it’s released a lot of tension in his upper body.   He has a lot of stress too – even at his age he’s very aware that he’s different from other children.

Best of all, when Li gets into water he’s like any other child.  His weight is supported by the water and he’s the same as anyone.  He loves it.’

Watsu sessions usually last one or two hours.  There is no set number of sessions:  some people have just one, others a course.

See the website www.waba.edu  for more information and practitioners around the world.

My verdict?  I love love LOVE this gentle nurturing water bodywork.  It isn’t for everyone but I’d urge you to try it if you get the chance.

What do you think?  Have you tried watsu or any other form of water therapy?  Heaven or hell?  Share your views by commenting below.