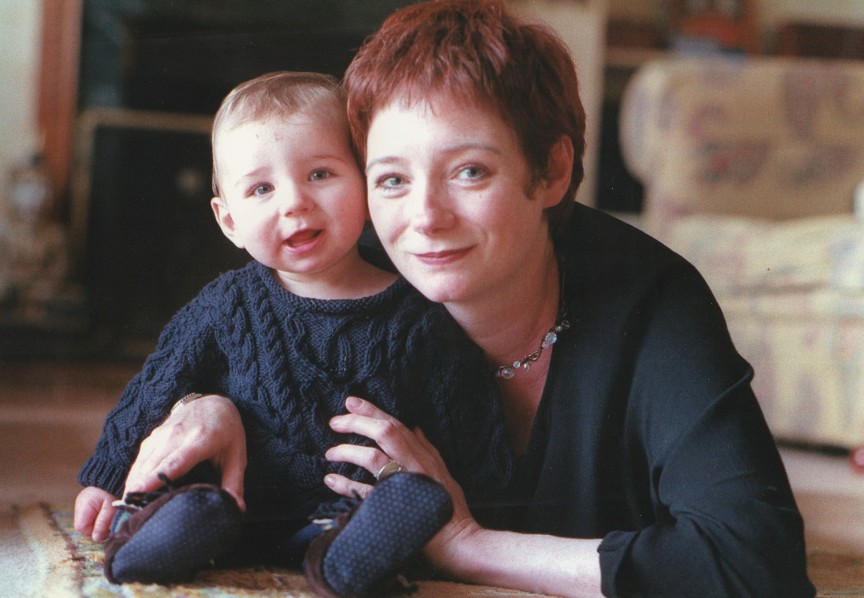 All the baby books and magazines state the same fact:   every woman can, if she wants, breastfeed.  It might be difficult, it might be painful, it might be inconvenient but there really isn’t any such thing as a woman who can’t breastfeed – only one who won’t.   The message is so strong, so single-minded, that I never even contemplated the possibility of failure.  Yet my son James simply didn’t want to know.  He would not latch on; in fact every time he saw my breast he screamed and screamed.

A seemingly endless stream of midwives tried to solve the problem.  No hospital could have tried harder; no mother could have tried harder but James was becoming jaundiced and listless.  My milk was meagre and, despite expressing around the clock, he needed to be given supplemental formula.  My baby – who was going to be exclusively breastfed for as long as possible, was drinking from a bottle when he was less than a week old. Over the next few weeks, with patient dedicated help from my community midwife, I continued trying to breastfeed but I was fighting a losing battle.  Finally after a day of constant tears – from both James and me – I admitted defeat and decided to stop.  This was not the loving, bonding experience the books spoke of – it was like waging a miserable drawn-out war.

James was totally content with his bottle but my guilt and anxiety and anguish were excruciating. For a new mother, feeding her baby is the most basic and primal urge. Take that away and you are left with a feeling of complete failure – that you have failed your baby; that you have failed as a mother; that you have failed as a woman. The childcare books only compound the anxiety and guilt.  They informed me that my baby was statistically fifty percent more likely to develop diabetes.  His immune system would not be as strong. He would be more prone to ear infections and stomach upsets. The information on the Internet was even more distressing.  One site promised, ‘making the best out of bottle-feeding’.  But, instead of offering comfort and advice, it admonished that, ‘First you need to understand that, no matter how hard you try, bottle feeding is not going to be as good as breastfeeding.’  It went on to tell me that my baby would get more infections and would be at a higher risk for SIDS.  He would be more likely to get cancer, heart disease and rejection of a kidney transplant later in life.  He would be ‘at an intellectual disadvantage compared to a breastfed child.’  I was inconsolable.

It strikes me that breastfeeding advocacy has overstepped the mark. By insisting that ‘breast is best’, the obvious corollary is that bottle feeding is bad. While I fully accept that there has been a legitimate need to encourage women to breastfeed and for society to accept and endorse this most natural of acts, nobody seems to have given any consideration to those women who just can’t do it.  And there are plenty of them: the emphatic insistence that every woman can breastfeed is patently wrong.  I posted a simple query on the Internet, asking if any women had tried but failed to breastfeed.  The response was staggering.

Many mothers reported that were not producing enough milk or that for some reason it was not satisfying enough for their babies – some babies were even admitted to ICUs close to death because breastfeeding counselors insisted that the breast milk would be adequate when it patently wasn’t.  Some could not breastfeed because the medications they were on for serious health conditions would affect the breast milk.  Others, like James, simply refused to feed.  In many cases, the women felt they had been given plenty of encouragement and support – one woman had successfully fed four babies but the fifth simply didn’t want to know.   It wasn’t that they didn’t know how to breastfeed – they simply couldn’t – and they all reported feelings of guilt, despair and deep psychological distress.

‘I was dangerously close to some kind of mental breakdown,’ admits one woman whose baby was diagnosed with severe dehydration as a result of feeding problems.  ‘Nobody understood.  People fell into two categories:  those who did not understand the importance of breastfeeding, whose attitude was pretty much to shrug it off.  Then there were those who think that breastfeeding is 100 percent possible in every single case if you only try hard enough.  I’m still bitter about that.  I wish some of those people had been with me, holding my hand in the hospital when they told me my son was still losing weight or that they had been with me during the many sleepless nights that followed when I was crying and losing my mind.  Then maybe they wouldn’t be so callous, throwing around words like “poison” and “swill” and “crap” when referring to the only nourishment I was able to feed my baby.’

There is absolutely no comfort for the woman who wants to feed her baby – but can’t.  I was stunned to discover that I could find any amount of support if I wanted to talk about my C-section, if I felt I had post-natal depression, if my baby cried too much – yet in a world where a counselor will jump out if you even trip over a paving stone there are no specific groups for failure to breast feed.  One psychologist airily dismissed the issue as a passing irrelevance.

The authors of the National Childbirth Trust’s book Breastfeeding your Baby (Thorsons) do admit that ‘An unsuccessful breastfeeding experience can be a major source of distress.’  They advise that you contact a breastfeeding counselor to talk over what has happened.  But none of the many women I’ve spoken to felt they could do this – generally because of a fear that the counselor would attempt to persuade them to ‘try again’ when they had already tried to the point of exhaustion.  Personally I derived most comfort from on-line support groups (mainly American) in which I was able to ‘talk’ about my feelings with other women who had experienced similar difficulties.  ‘Yes, there should be specific support for women who can’t breastfeed and it’s surprising it isn’t there,’ agrees midwife Zita West, ‘psychologically it’s a huge factor and women can certainly feel they have failed, that they are not giving the best for their babies.’

Meanwhile it’s worth remembering that while breast may be best, in the hands of a loving mother, a bottle certainly isn’t bad.

My view?  Breastfeed if you can but don’t beat yourself up if you can’t.