My first fiction book was inspired by shamanism and the Exmoor countryside.  At the time I wrote it I was living right out on the moor, in an isolated farmhouse without any mains services.  An early version of the book was the regional finalist in the Faber/Waterstones Wow Factor competition ten years ago.  Ten years?  How did that happen?   Walker didn’t find a publisher, despite this, and so I gave it a violent revamp, upping the age of the protagonist and turning it into a YA (young adult) title that would also appeal to an adult readership.  At this point, I decided that I couldn’t face going through the hunt for a publisher so I popped it out on Kindle instead.
It’s an adventure yarn – if I’m being pompous I call it an ‘eco-quest’ – certainly the moor is as much a character as the people and animals it follows. Click on the cover for more…

It was edited by Kim Jewell and the cover is by Bradley Wind.
Walker has its own blog and Pinterest board.
Having caught the YA bug, I then wrote Samael.  The idea emerged, pretty well fully fledged, on a train journey from London back to Exmoor.  My agent loved it and at one point it looked as though we might even have a bidding war on our hands.  But then the Icelandic volcano cloud hit the London Book Fair, and somehow its momentum was lost, the moment passed and Samael has never found its forever home.  One day I might get around to self-publishing this anguished tale of love, magic and bad timing. Or maybe not. 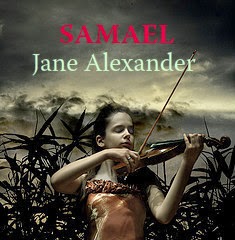 The second in the trilogy is also written and lies languishing in dusty files on my PC.  In Tanit the story moves from Exmoor to London.  The stakes are higher, the story even darker. 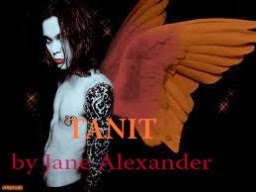 Yes, my covers are rubbish!
If you’re interested in reading more, Samael has its own blog (somewhat neglected, rather like the book itself).  http://samaelstory.blogspot.co.uk/
There are also Pinterest boards for Samael, Tanit, and the last in the trilogy, Genevieve.