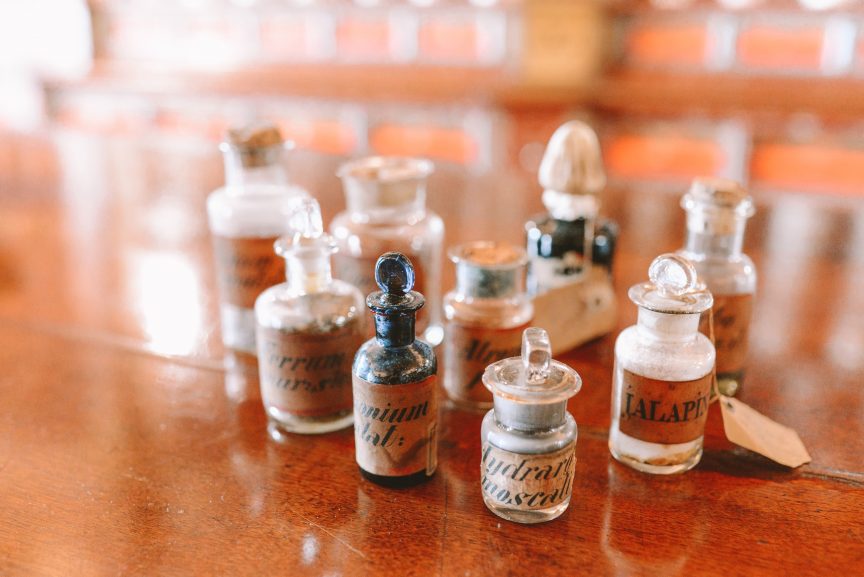 Do you receive Reiki or put your feet in the hands of a reflexologist?  Does a chiropractor crack your neck or an acupuncturist give you the needle?  In short are you one of the estimated 5.75 million people in the UK who visit complementary health practitioners?  If so, according to Professor Edzard Ernst and Simon Singh, authors of Trick or Treatment (Corgi ) you’re not only wasting your money,  you could be putting your health at risk.

‘Millions of patients are wasting their money and risking their health by turning towards a snake-oil industry,’ they say baldly.

Unsurprisingly, practitioners of complementary medicine have been less than ecstatic about the authors’ stance.  The British Chiropractic Association (BCA) accused co-author Simon Singh PhD of libel over a piece he wrote in The Guardian. The BCA claimed he was, in effect, accusing chiropractors of knowingly supporting bogus treatments.  The Court of Appeal has just ruled that Singh can use the ‘defense of fair comment’ in the ongoing dispute.

While Singh is a science writer and documentary maker, Edzard Ernst is professor of complementary medicine at Exeter University.  Qualified as a conventional doctor, he consequently trained in homeopathy and practiced this and other therapies.  However, as he looked at the research, he became ‘increasingly disillusioned’ and the book is a scathing indictment of complementary medicine

His main complaint is that, according to his reviews of the available research, it simply doesn’t work.  If people get better, they do so because of the placebo effect or by sheer coincidence.  Homeopathy, he says, ‘makes no scientific sense’.  He also claims it can be dangerous as it can prevent patients seeking medical attention for serious ailments.

Acupuncture, he continues, is also fundamentally unproven by clinical trials.  In addition, if wrongly performed, Ernst says it can cause infection and that needles might even puncture a nerve or organ.  Chiropractic comes in for a panning (you can see why they took umbrage).  Ernst expresses concern at patients being X-rayed unnecessarily and also says, ‘More worrying, patients can also suffer serious problems, such as dislocations and fractures.’  He even warns that chiropractors could ‘cause a stroke which can be fatal’.

Herbs, he concedes, can have physiological effects and a few, such as St John’s Wort, Devil’s claw, echinacea, garlic, gingko and horse chestnut, do respond well in trials. However he points out that they can have side effects and that some herbs interact badly with conventional medicine.

The 50 percent of doctors who refer patients on to these therapists receive a lambasting, with Ernst suggesting they are either ignorant, lazy or desperate.  Prince Charles, a long term advocate of complementary health also gets an earful. ‘The Prince of Wales ought to start listening to scientists, rather than allowing himself to be guided by his own prejudices.’  Ouch.

It’s based on science, so surely Ernst must be right?  Well, not everyone agrees that it’s that simple.  Professor George Lewith is Professor of Health Research at the University of Southampton – hence in the same business as Professor Ernst.  While he firmly believes that complementary medicine ‘should be trialed and tested’ he expresses concern about the scientific basis of Trick or Treatment.  ‘Synthesizing one or two rather inadequate trials and coming to a negative conclusion is a very limited and often inaccurate way to look at clinical evidence,’ he says.  ‘The honest answer when we have inadequate evidence is that we don’t know.  Ernst routinely spins “don’t know” into “doesn’t work” by implication and this theme tends to run through Trick or Treatment.’

So are these therapies safe after all?   ‘If we applied the same scientific rules used in Trick or Treatment to surgical intervention, we would probably never agree to let a dentist or indeed any surgeon ever approach us,’ he says with a shrug. ‘All medicine needs to be aware that it should operate safely and honestly but Ernst and Singh seem to be waging some sort of religious war against complementary medicine.’

The book does seem curiously slanted.  Ernst mentions in passing that some forms of complementary health do produce measurable results (osteopathy, massage therapies, yoga and autogenic therapy fare reasonably well).  Yet the praise is faint.  I, for one, would have felt more convinced by the negative commentary if there had been more emphasis on the parts of complementary health that do seem to stand up to rigorous testing.

There was also little acknowledgement of the reasons why we seek out ‘natural’ therapies in the first place.  While pharmaceutical drugs are extensively tested in the manner Ernst approves, they are scarcely devoid of side effects.  Also many people seek help for issues that conventional medicine finds difficult to treat.  Research shows that the most common ailments seen by complementary practitioners are musculoskeletal problems, stress, anxiety and depression.  Interestingly, these are all conditions that respond well to the therapies which were given grudging applause in Trick or Treatment .

Bottom line?  Seems the jury is still out.

Meditation: ‘can prove to be useful for many people.’

Osteopathy: ‘the osteopathic approach is effective for treating back pain.’

Leech therapy: ‘some evidence that their use is effective in reducing the pain of osteoarthritis of the knee.’

Reflexology: ‘offers nothing more than could be achieved by a simple, relaxing foot massage.’

Reiki: ‘has no basis in science.’

A recent study at the University of California Los Angeles has shown that Transcendental Meditation (TM) can halve the symptoms of depression over a period of twelve months.

TM was introduced in 1955 by Maharishi Mahesh Yogi (of Beatles fame).  It is taught in 90 minute sessions over four consecutive days during which you are given your own ‘personal’ mantra (sacred sound) to repeat.  It’s not cheap to learn – £390-590 (depending on income).  It also strays deep into the realms of the bizarre.  Trick or Treatment points out that TM has ‘strong religious associations…that patients may not feel is appropriate’.  Graduates of the technique are encouraged to progress to TM-Sidhi, which claims to teach you how to levitate.  Not sure how that particular skill is going to help depression.

Sadly the study did not compare TM with other forms of meditation.  My own feeling is that you can achieve equally impressive benefits without shelling out so much money or floating off the floor.  Mindfulness is a straightforward technique developed initially by Professor Jon Kabat-Zinn at the University of Massachusetts Medical School.  The Mental Health Foundation would like to see courses in this hugely effective self-help treatment run by the NHS.  In the meantime, you can learn it from Kabat-Zinn’s book Wherever You Go, There You Are (Piatkus) –  no floating required.