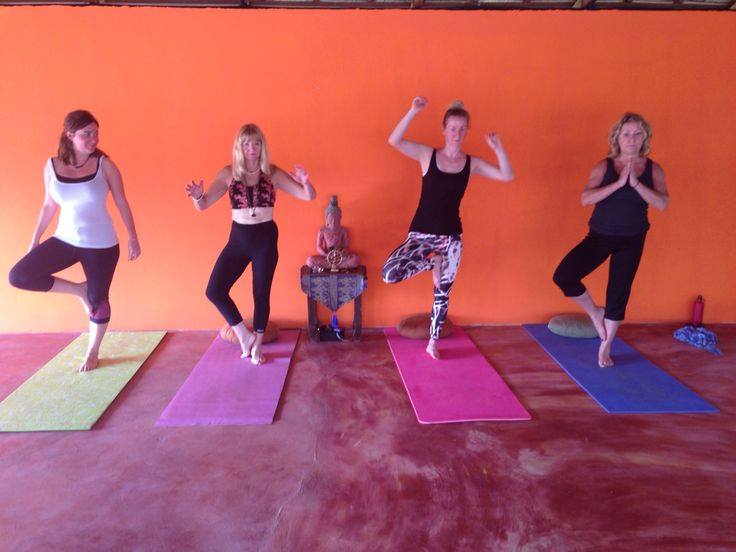 So.  It was at the end of a yoga class at Vital Detox near Glastonbury.  The teacher, Julie, taught a version called Zen yoga and she’d tailored it specifically to tie in with our fasting. It was
incredibly gentle (we didn’t even stand up to do our sun salutes but knelt).   Just as well.  My blood pressure was lower than ever and my blood sugar levels were floating around at floor-level so even standing still in Mountain was a challenge.  Even the thought of Tree sent me wobbling.
But it didn’t matter.
Yoga is not competitive.
In fact, I do the majority of my yoga practice with my eyes shut so I don’t even catch a glimpse of what other people are doing. I confess I did feel a little irritation creeping in, that I couldn’t stretch as far as normal, that I couldn’t balance as well, but I put it aside.
Yoga is not competitive.
Most teachers say you shouldn’t even compete with yourself and, while it’s only human to want to progress, the point is just to be, as you are, on the mat, each and every time.
Yoga is not competitive.
It’s about being. About exploring that state of being. About being in the moment, in your body, here and now.
I bowed to thank Julie, and I told her how much I’d enjoyed the class, and we talked a little about this and that and then she said. ‘Would you believe that they want to turn yoga into an Olympic ‘sport’?’ And my head nearly hit the mat.   I shook my head in disbelief but a quick Google shows it’s true.  There is a lobby to turn yoga into an Olympic discipline.
How would it work?
Each yogi would have three minutes to ‘perform’ seven poses – five obligatory, two of the contestants’ choice – and they would be judged on flexibility, timing, strength and breathing.  The idea
comes from Rajashree Choudhury of USA Yoga (wife of Bikram Choudhury, founder of the original ‘hot’ yoga) who already holds competitive yoga contests in the States.  But…but…

Her reasoning is that yoga-offs have been around for years  in India.  That’s true but, then again, a lot of Indian yoga teachers roll their eyes at the shenanigans.  If you fancy a real eye-opener on all that, from an Indian yogi’s perspective, read Sivananda Buried Yoga (a totally amazing book – highly recommended).

I can sort of see why they want to do it – and there is a  part of me that would absolutely watch it. Why? Because when you see someone do yoga really well, it’s absolutely awe-inducing.
Quite quite beautiful.  It shows just what a human body can do and be.  And I can see it might encourage people to try yoga (but then again, it might put them off for life as an impossible aim).

Yoga is not competitive.But then again…no.  Because, bottom line…
And mainly it makes me feel sad.  I mean…what next? Competitive meditation?  Competitive yogic flying?  Now, actually, that I would like to see.

But hey, that’s just me.
What do you reckon?

Header pic is from Reclaim Yourself Retreats and is possibly my favourite yoga picture ever.  🙂