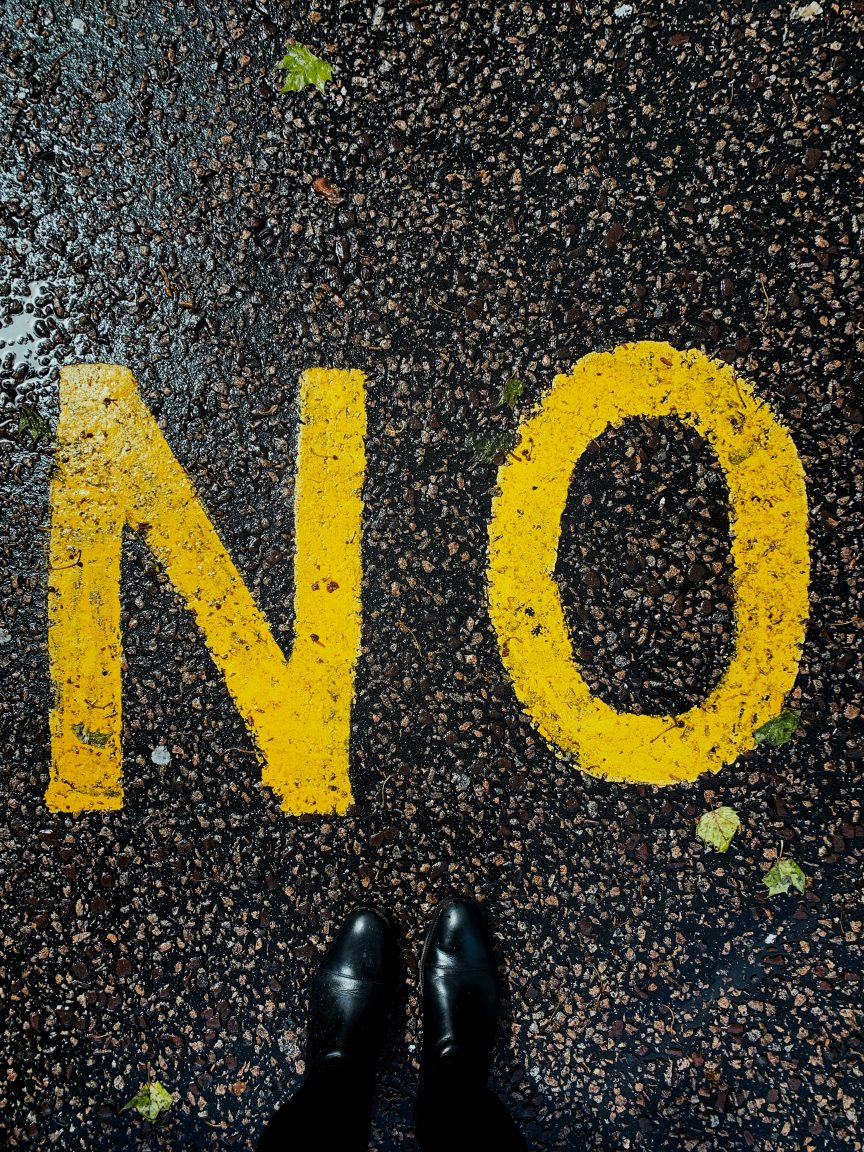 Q: I can’t seem to say no to people and often make myself stressed because I have too much going on. I feel as if my generosity isn’t reciprocated by friends or family and I don’t know how to start saying no, or asking for help myself.

A: It’s difficult. We’re taught from an early age to be ‘nice’ and helpful but unfortunately it often ends up, as you have found to your cost, by you becoming a stressed-out doormat.

In fact, not saying no can be actively bad for our health. Dr George F Solomon, a psychiatrist and pioneer in the field of psychoneurimmunology (the study of mind-body relationships) found he could tell the state of a person’s immune system by asking one simple question: ‘Could you say ‘no’ to a request for a favour?’

The ability to say no reflects assertiveness, ensuring that you don’t run the risk of becoming a self-sacrificing martyr. It shows that you can take care of your own needs.

Think about it this way. Saying ‘no’ is about telling the truth. If you don’t feel comfortable with something, you owe it to yourself, as well as the other person or people involved to be honest.

Most people don’t like saying ‘no’ because they think people will think badly of them. But think about it – how do you feel when people say no? Ten to one you’re impressed at how assertive they are. People won’t think the less of you for stating what you can and, more importantly, can’t do.

which is full of really practical advice. The first thing they teach is to ‘get your “no” in fast’ – in other words, the moment someone says, ‘Can you…?’ you say, ‘No.’ You can make any number of excuses afterwards but get in the habit of saying no upfront. Remember, a ‘no’ doesn’t have to be final. It’s totally your right to change your mind – whether it’s two minutes or two months after the initial decision.

Silence is another good trick to have up your sleeve. If people are asking for volunteers, don’t race to put yourself forwards, hang back.

To ease yourself into saying ‘no’ use delaying tactics: ‘Let me have a think – I’ll get back to you’. It gives you a breathing space and sends the message that you’re not available on tap.

As far as asking for help goes, start by being generous and kind to yourself. Treat yourself to small indulgences – even if it’s just half an hour curled up with a book. Value yourself and hopefully soon you will find you can, in turn, ask for help from others. And say no when you need to.

A version of this first appeared in Natural Health magazine.

Photo by Jon Tyson on Unsplash