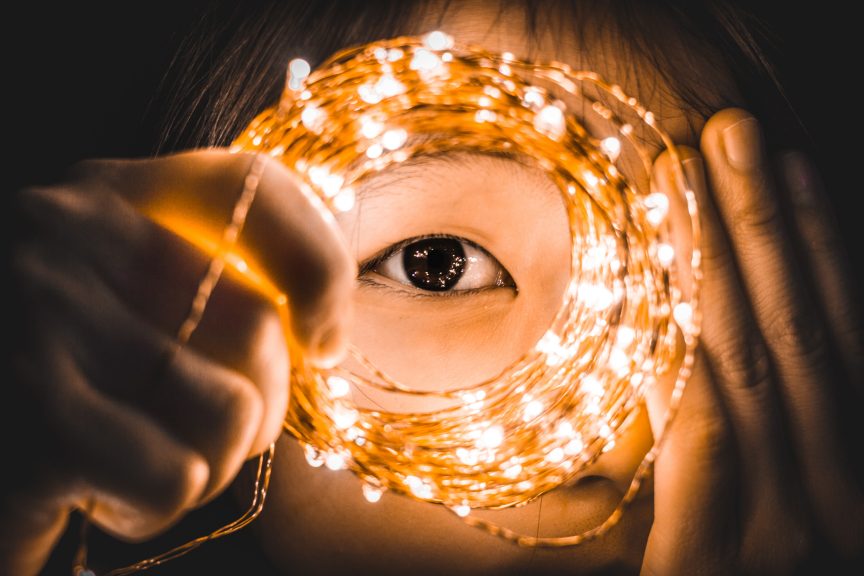 How many of us simply muddle through life as best we can? There’s the job that stifles us, the family who drive us mad, the relationships that grate. Over the years we’ve learned to grit our teeth and put a brave face on it. But while gritting your teeth gets you through the days it is, according to biodynamic therapists, slowly destroying your true self. The “brave face” is a mask that we initially put on as protection but which, over the years, becomes a form of armour, cutting us off from our true emotions and banishing any real sense of joy. Take away the mask and see through the eyes of your true self and the world will become a far brighter place: more vibrant, more intense, more alive.

Biodynamic therapists say that as children we live only in our true self (which they call the primary personality) – spontaneous, exuberant, intuitive, really “alive”. But as we get older we gradually learn to hide our feelings from the world for fear of ridicule or disapproval – we literally build a secondary personality to shield us from the “dangers” of society. The aim of biodynamic therapy is to put you back in touch with the primary personality. It doesn’t mean regressing to a childlike state of unfocussed tantrums and unbridled fantasy but rather learning when it’s appropriate to let down the barriers and allow your real self to come out to play. As a result many people find they have the courage to take up new challenges, to take calculated risks, to dare to change their lives.

It’s a totally unique therapy which uses a variety of techniques. One week you could find yourself sitting in a chair talking about your life, just like regular psychotherapy. The next session you might end up pummelling your fists into a mattress on the floor. And then again, you are equally likely to spend an hour on a massage couch with your therapist giving you a deep bodywork session. The massage is perhaps the most famous (or infamous) part of biodynamic – it’s singular in that the therapist gauges the effect of the bodywork by listening intently to your stomach through an stethoscope. The rumblings of the digestive system, they believe, give a clear indication of whether or not you are releasing emotional blocks. It sounds so bizarre that it puts many people off, fearing it’s nothing less than sheer idiocy concocted out of thin air by a complete lunatic.

But Norwegian born Gerda Boyesen who developed biodynamic therapy over forty years ago was certainly no lunatic. A psychologist and physiotherapist, she realised that she could get even better results in her psychotherapy by working on the body as well as the mind. While most therapists either opt for a totally cerebral approach (by talking) or a purely physical approach (in bodywork techniques such as Rolfing), Boyesen combined the two. She found, like many other bodyworkers, that emotions were held in the body and that through certain kinds of deep massage they could be released. But she also noticed that the greatest release came when the gut started rumbling. She listened, experimented and finally developed what she called psycho-peristalsis, a finely tuned technique which encourages the body to literally “digest” emotional stress through deep powerful massage. “It sounds crazy,” admits biodynamic therapist Gillie Gilbert. “But we’re not the only people who listen to the sounds of the alimentary canal. Anaesthetists listen to the gut when they are anaesthetizing someone.”

There is no such thing as a typical biodynamic session. On my first visit to Gillie, we started off by simply talking. She explained the biodynamic theory: how over the years we suppress our true selves and, in so doing, prevent vital healing energy from being allowed to freely flow through the body. As the energy becomes “stuck” so we build up what she calls “armour”, a straitjacket of rigid muscles and tense internal tissue. “We believe your body is the library of your life,” she says. “It stores your whole history. So we start by working with the body to bring back energy into it. With massage we can dissolve the stuck chemistry, take the muscle tissue and manipulate it to increase the blood circulation. Then the extra oxygen and water will diffuse into the tissue and disperse the block.”
I was very keen to experience the massage and Gillie agreed that it would be helpful. Generally the therapist will suggest what form each session takes but the client is always given the chance to ask for an alternative. “You have the inner knowing,” says Gillie, “at a deep level you know what you need to do.”
So I lay on the couch, fully clothed and waited. Gillie started work on the neck and shoulders, my head and upper spine. It’s a very deep touch, quite painful in places – in fact, if I’m honest, it really hurt at first. But you soon acclimatize and, within minutes, I was barely aware of anything except deep deep relaxation. Normally I flit in and out of consciousness during a massage, often lightly dreaming but this time I was knocked out completely: there were no dreams, no thoughts. After forty minutes I emerged and Gillie told me my digestive system had been making quite satisfactory noises so clearly something had been shifted. I smiled and left, far from convinced: it had been a great massage but I didn’t see it changing my life. But the next day I found myself a different person: lighter, brighter, as if a huge load had been taken off of my shoulders. It lasted several days – not bad for a gloomy week in mid-winter.

The second session was to be what biodynamic therapists term vegetotherapy. Gillie asked me to lie down on my back on a large mattress and to relax, slowing down my breathing and becoming aware of my body. At first I felt uncomfortable and a slightly embarrassed: it all seemed a bit pointless. Then I felt my fingers start to twitch, almost as if they wanted to claw at something. The feelings of irritation grew and I found myself thinking about how often I suppress my true feelings in order to keep other people happy. My session was very quiet but Gillie was pleased. If I were to continue with the therapy, she explained, she would ask me to explore the feelings in my hands and see what happened if I exaggerated the movement. Quite likely, she said, I would have clawed the mattress or turned my hands into fists and pounded it. People often find they can use the vegetotherapy couch to excise deep emotional blocks, acting out their feelings as hurts and anguishes surface.

“Your ability to control and suppress your feelings reduces when you’re on the mattress,” explains Gillie. “It can be fascinating for people to see what emerges when they take away the superego, the controlling part of the mind.”
She has treated people for a large variety of problems. Some people come for a few sessions of massage to clear headaches and migraine. Others look on the therapy as a long-term commitment to deep-seated change. Gillie has several clients who see her for terminal shyness. Two are high-powered business people who found that their careers were being blocked by their inability to communicate in front of crowds. Biodynamic therapy is steadily ironing out the problem. Others come to rid themselves of long-term depression or anxiety. But, equally, she says, many come because “they simply feel there has to be more to life. They have reached their late twenties or thirties, are climbing the ladder at work and have relationships and families. But they have come to the fundamental realization that the potential they had as a child and the reality as an adult simply don’t match.”
Biodynamic therapy slowly allows the secondary personality to relinquish power a little and allow the true self to emerge – like a butterfly finally emerging from its thick, hard, rigid chrysalis.
And when the true self frees itself of its old restrictions and beliefs, it can stretch its wings and simply fly.

This piece first appeared in the Daily Mail.

My book Wellbeing and Mindfulness

describes many different therapies in detail, with DIY tips and techniques. Photo by Nong Vang on Unsplash