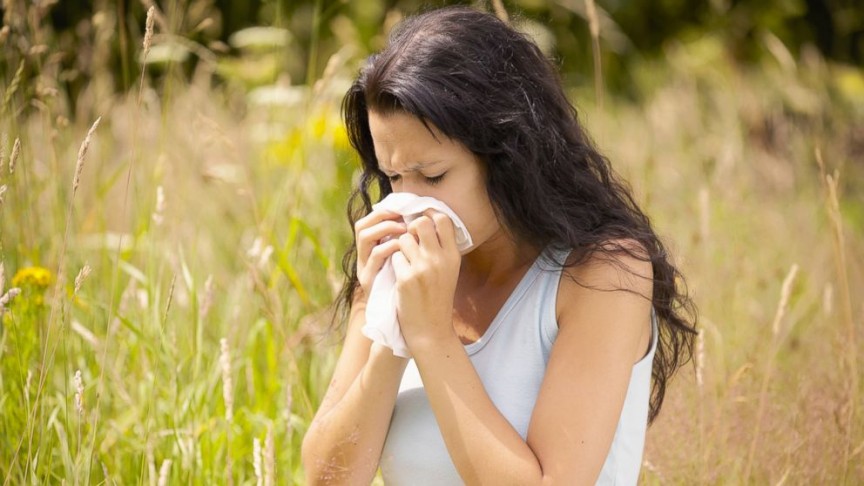 Summertime and the living should be easy – but not for the 12 million hayfever sufferers in the UK.  Up to a quarter of the population will spend summer in misery, with watering eyes and a nose like a tap.  It’s not just hayfever – allergies in general are spiralling with a third of us likely to develop an allergy at some point in our lives.  Research shows that asthma, eczema and hayfever (allergic rhinitis) rates have increased up to threefold in the last five years.  Food allergies are amongst the fastest rising conditions – peanut reactions alone have trebled.  Most alarming of all is the sharp rise in cases of anaphylaxis – the potentially fatal severe allergic reaction.

Although there are references to allergies stretching way back to the 2nd century BC, the last forty years has seen an explosion in the number of people suffering, and an increase in the severity of their symptoms.  It seems that, not only fully-fledged allergies are on the increase, but also food intolerances and chemical sensitivities.  So why are we such an allergic society?  Are we really all becoming allergic to modern life?

Allergy definitely appears to have a genetic link.  If one of your parents has an allergy you are 30 percent likely to have one too (though not necessarily the same one).  If both of your parents suffer, those odds rise to 50 percent. But other factors come into play.  The bottom line is that nobody really knows for sure and certain exactly why one person will suffer so badly while another gets off scot-free.

What does seem clear is that allergic reactions are a product of our increasingly affluent and unnatural society.  Many experts point out that the rise in allergies appears to match the rise in a processed diet and the huge increase in pollution.  Is it purely coincidence, for example, that Britain has the highest allergy rate in Europe and also the largest market for fast food?  Professor Erika Jensen-Jarolim of the Vienna Medical University thinks not. ‘I feel that allergies are linked to lifestyle,’ she says, ‘and the rise in the number of allergic reactions is following the rise in bodily stresses caused by environmental pollution and the westernised style of living generally.’

Other experts favour the ‘hygiene hypothesis’. Dr Lyn Smurthwaite, from Asthma UK explains. ‘The ‘hygiene hypothesis’ suggests that high rates of allergies and asthma in developed countries are a result of our immune systems becoming unbalanced due to improved sanitation and hygienic lifestyles that no longer expose us to the same array of bacteria, viruses or parasites.’

The irony is that, while we think we’re protecting our children with a germ-free upbringing, quite the opposite could be true.  As medical columnist Dr Thomas Stuttaford says, ‘Over-protection of children from toxins….causes an oversensitivity to the effect of allergens. If a child’s immune system is occupied dealing with the dirt and grubbiness of a less-than-clinically sterile household it is not so likely to be as sensitive to allergens.’

Intriguing research at the University of Nottingham suggests that gut parasites in particular could hold the key.  Parasites such as hookworm have evolved to ‘turn down’ the immune response so they can survive inside their hosts.  This reduction in immune response may also reduce allergic reactions.  A study carried out in Vietnam found that children with the highest level of hookworm infestation were the least likely to have an allergic response to house dust mites.  So are they suggesting we cure our allergies with a dose of worm infestation?  Fortunately not.  The hope is that, if the link is proven, future drugs could mimic the immunological effects of hookworm infection.

Professor Jensen-Jarolim also warns that indigestion remedies could be contributing to the increase in – specifically – food allergies.  The theory runs that the acid-reducing pills allow food that has only been partially digested in the stomach to enter the intestines, provoking an immune response.

So, while we wait for the researchers to untangle the science, what can we do, practically speaking, to treat allergies?  Conventional medicine concentrates on dealing with the symptoms – usually via a combination of antihistamines, decongestants and/or corticosteroids.  These can be very effective – for example the new antihistamine Zyrtec (cetirizine HCI) resolves symptoms from both seasonal allergies such as hay fever and also indoor allergies (dust, dander, mould).

But it can take time and dogged trial and error to find the best solution for you. Vicky Fraser, 35, from Devon was at her wits’ end.  Due to cycle 400km round Beijing for the charity REGAIN, she was finding training tough. ‘I could barely breathe and had a constantly runny nose.  I tried everything, conventional and alternative, but nothing worked. Fortunately my doctor was patient and determined and, in the end, a couple of courses of Predsol nasal drops plus Nasonex spray (a corticosteroid) sorted me out.  I also use a weird contraption, given to me in Finland, called a nose horn, that clears out your nose!’

Conventional medicine is clear that, while it can stifle the symptoms, as yet it can’t offer a cure.  However complementary therapies have a pretty impressive record in sorting out, not just the symptoms, but often the underlying cause as well.  Therapists can and do frequently talk in terms of cure.  ‘Acupuncture cures allergies from behind,’ says acupuncturist Maura Bright.  ‘We look at allergies as a symptom like any other and treat what we see in the person.’  It has particular success with hayfever. ‘Treatment can balance up the histamine levels so you don’t have such a runny nose and itchy eyes,’ continues Bright.  Clinical assessments indicate that acupuncture can also be very helpful in treating asthma.

Homeopathy also has impressive (if not predictable) success with many cases.  Most homeopaths will treat a patient constitutionally (treating the whole person rather than the individual symptom).  Dr Andrew Lockie, author of The Family Guide to Homeopathy (Hamish Hamilton) says, ‘You have to strengthen the immune system and correct the imbalances.  If you can get people generally well-balanced their allergies will disappear.’  However many homeopaths will work isopathically, giving patients a vastly diluted dose of the allergen itself.  A report in The Lancet showed that patients who took a homeopathic potency of mixed pollens had far less problems with hayfever than those who took a placebo. Dr David Reilly of the Glasgow Homeopathic Hospital had determined which substance caused the allergies of patients, then created pills with these substances diluted to infinitesimal levels.  The study was repeated three times, with the same, impressive results.

Rosemary Lewis, 47, from Surrey, was hugely impressed with homeopathy.  ‘I am allergic to tree pollen but also to some grasses and pet dander.  I have asthma too which I am convinced is related.  I tried every over-the-counter remedy but nothing made any difference – in fact many medications made me drowsy and seemed to exacerbate my asthma.  I was sceptical about homeopathy and I went initially just to please my mother.  But it was incredible, as if someone had waved a magic wand.  It held for about six weeks and then he gave me a higher dose and that held for the rest of the year. My asthma improved too: I no longer need an inhaler. Now I go back a couple of times a year to get ‘fine-tuned’.  It doesn’t work for everyone but for me it’s been a bit of a miracle.’

If homeopathy is still a little too mystical for your taste, it might be worth investigating Enzyme Potentiated Desensitization (EPD) which is rather like a cross between homeopathy and standard immunisation.  It’s been in use in the UK for around thirty years yet remains little-known.  EPD uses a mixture of extremely dilute extracts of the allergen combined with beta-glucoronidase, an enzyme which activates the immune system to respond to the extract.  Doses are given every two to three months (by injecting under the skin or scratching the skin and putting the extract on it) and results are impressive – it’s generally about 80 percent effective and has been successfully used to treat hayfever, asthma, perennial rhinitis, urticaria and eczema.  However it cannot treat contact allergic dermatitis, drug allergies or insect sting allergies.

So, while there may not be a clear-cut explanation for the causes of allergy, it seems that it may no longer be necessary to simple suffer in silence (or loudly in the case of serial sneezers!).

Check out www.victoriahealth.com for more supplements

The time of year in which your symptoms worsen can give clues as to the cause of your allergy:

The British Society for Ecological Medicine – www.ecomed.org.uk (for a list of doctors who use EPD)

The Society of Homeopaths:  www.homeopathy-soh.org

Talking point:  Do you suffer from hayfever or other allergies?  Have you tried any of these solutions and, more to the point, have they worked?  Anything else that has worked for you?  Do please feel free to comment and share your views below.