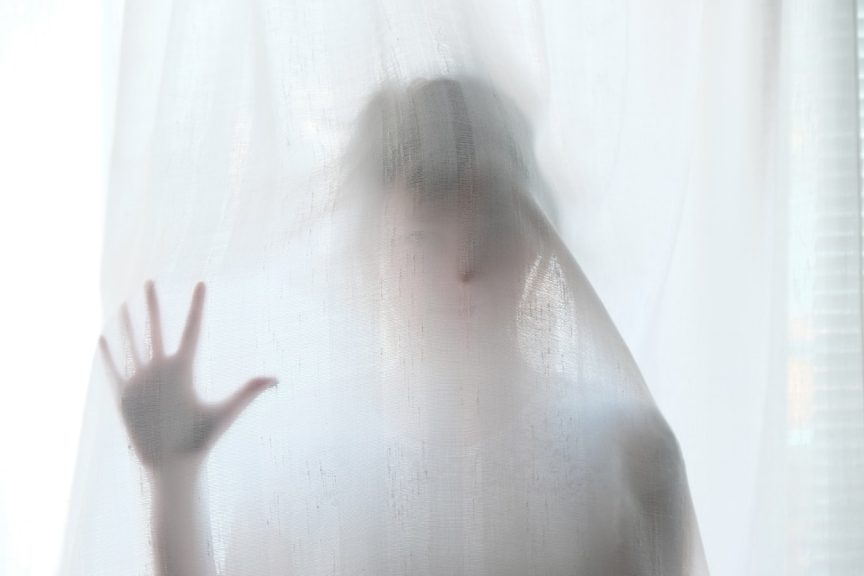 Should all houses come with a clean bill of spiritual health? A decent neighbourhood, great local schools and a watertight roof are all taken for granted – but shouldn’t you also guarantee that no unquiet spirits lurk around the place?
Our house, Woodcote, is pleasingly placid now but when we moved in it was the psychic equivalent of DIY SOS. We inherited tricksy spirits and partying entities, not to mention seriously dodgy feng shui and a nasty case of stagnant energy. Let’s backtrack. Back in 2007, Adrian and I were looking for a family home in the small Somerset town of Dulverton. We’d fallen in love with its independent shops and award-winning pubs (including Woods which regularly wins ‘wine pub of the year’). Surrounded by forest and moorland with the River Barle tumbling through, it was, we reasoned, the perfect place to bring up our son James (then aged eight). However we simply couldn’t find a house that fitted our needs; characterful, spacious, with a large garden, privacy, views and private parking yet just a hop, skip or a stagger from the pub. Having lived in the middle of nowhere for years, I was well and truly done with being the designated driver.

Then I saw Woodcote. The house made up the major part of an old sporting hotel with a reputation for being ‘frisky and a bit wild’ back in its 50s and 60s heyday. However the house had lost its lustre – the décor was stuck in the 70s and the clunky hotel layout wasn’t conducive to family living. It was, however, blissfully quirky – the core was Georgian with Arts & Crafts add-ons plus a vast vaulted living room built in the 1930s as the hotel’s party room.
‘I love it,’ I said to Adrian. ‘But it’s a feng shui nightmare.’ I had researched feng shui, the Chinese art of good placement (dubbed “acupuncture for houses”) back when I was writing my book Spirit of the Home (HarperCollins). While some of the concepts are pretty esoteric (some might say barking mad), a lot of it comes down to simple commonsense and good design. Although the feng shui craze of the 90s has now subsided, I still keep a beady eye on the layout of any prospective space and this house had ‘good bones’ (it was nicely symmetrical with generous proportions). So we bought it. Out came the dark and gloomy corridors and off came the grim and gloomy wallpaper. The house looked great but it still wasn’t feeling right. I would walk down the central staircase and nearly trip, always at the exact same spot. The same thing happened near the bottom of another staircase (leading to the oldest part of the house) and friends said they felt uncomfortable going to the downstairs loo. Keeping schtum to James (no point in spreading alarm about ghoulies and ghosties and long-legged beasties) I asked a friend who was ‘attuned’ to things spectral to act as a spiritual social worker.
‘You’ve got a grabber,’ said Lizzy, raising an eyebrow.
‘A what?’ I replied.
‘A tricksy spirit,’ she said. ‘It’s not nasty or anything…just mischievous.’ So I summoned Lorraine, another friend who just happens to be a spiritual advisor (lorrainehollowaywhite.com). She brushed aside the grabber (‘not a problem’) and marched straight for the lower staircase. ‘Oooh, there’s tons of energy here,’ she said. ‘Just fabulous; so lively,’ she enthused, the way people usually do about new curtains or a nicely turned out Victoria sponge. Okay, so we had an energetic party going on down the staircase. I wondered if these were the ghosts of the old staghunting guests, still singing hunting songs and slinging back their spectral gin fizzes.
But Lorraine had moved on to the wine cellar and was staring at one of the walls with a rapt expression. ‘Look over there – there’s a man who’s been gagged. You can see his face on the plaster.’
Damnit, so you could – like a sort of plaster version of the Turin shroud.
‘I’m getting two men…one gagged the other. Maybe there was some kind of fight. Or…was this place a brothel?’ she continued.
Adrian, standing behind me, spluttered most of his mug of tea over the stairs.

Much as Lorraine loved our esoteric house party, insisting there was nothing remotely malevolent about it, I wasn’t keen on the idea of sharing the space with reveling spirits. So the house endured all manner of rituals, from smudging (burning sacred herbs) through clapping and bell-ringing to industrial doses of incense. But the ‘grabber’ still refused to budge. Cue Chris from Cornwall who sketched out diagrams of ancient Egyptian dynasties and did a fair bit of flicking of fingers. He then downed a mug of tea and a large ham sandwich, stated ‘It’s all sorted’ and left.

Adrian laughed his head off when I told him but after a week passed and there had been no more grabbing of ankles on the stairs, he had to admit it – something had shifted. ‘This stuff makes absolutely no logical sense at all,’ he says. ‘But I’ve learned not to knock anything that makes a practical difference.’

Eight years on it’s our turn to leave the party and Woodcote is on the market. I’ve loved our time in this crazy house (even more so after the grabber packed its bags) but, as James (now 17) has moved to sixth form college, it’s time to return to the city. Curious thing: the estate agents haven’t included the fact that the house is fully ghost-proofed on the particulars. I wonder why?

Photo by Steinar Engeland on Unsplash