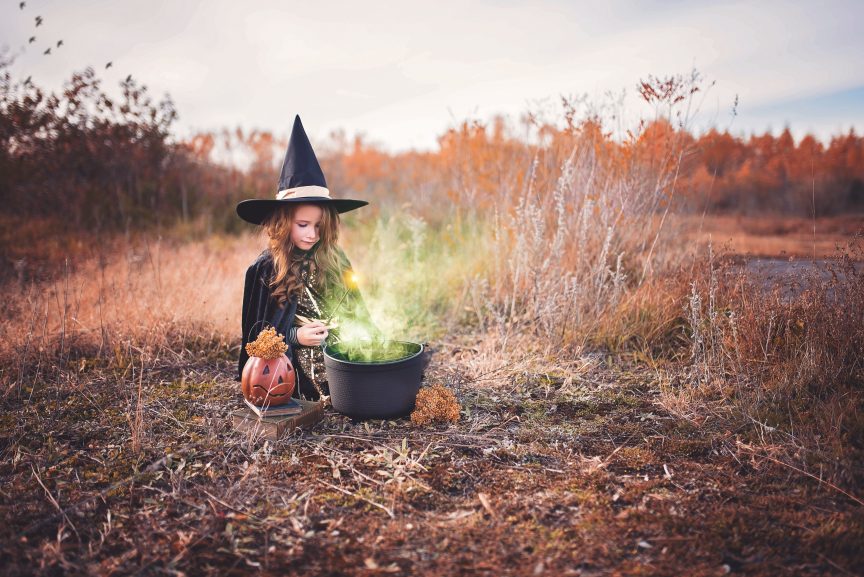 Hallowe’en.  Samhain.  When I first wrote The Natural Year, around 20 years ago, the festival of Hallowe’en (All Hallow’s Eve) languished in the shadow of Bonfire night (or Guy Fawkes night, as I called it as a child) here in the UK.  Since then we’ve followed the US, turning it into a huge marketing affair.  Let’s pause and think about the original feel and meaning of Samhain.

In the olden days Hallowe’en wasn’t just confined to one night – the 31st October – it was celebrated over the last couple of weeks in October. It was the time when families would come together for reunions, before the weather became so bad as to prevent travel. Those who lived the summer months up on the mountains or in faraway pastures looking after livestock would bring their animals down and themselves with them, returning home after long periods away. This was another great fire festival (like Beltane) and so it is quite easy to see how Bonfire/Guy Fawkes Night fits in – originally the huge bonfire would have been simply a Samhain fire – a beacon to guide wanderers home and to welcome guests into the feast. It was also a homage to the sun, a reminder of what heat and warmth and light looks like – in the hope that the great sun would not be extinguished for ever.

Nowadays many people see Hallowe’en as a ghoulish, unpleasant, devilish festival with its demons and skeletons and eerily grinning lanterns. Some say it should be banned altogether because by dwelling on the dark, occult side of life we are inviting evil into our homes. Not so. Samhain is a dark festival, a festival of the dead but that is no bad thing. Our ancient ancestors believed that this was the time of the year when the veil between this world and the shadowy world of spirits was at its thinnest. It was considered a time of remembrance, of the past, thinking about and honouring our ancestors who have passed away. Equally it was a time for peering the other way through the shadowy curtain, into the future.  Samhain was a time to look forward as well, thinking about the children that will be born in the future. One old tradition is that not only can you see the spirits of the dead appearing in the bonfire smoke but also the candles lit on Samhain call in the souls of the children who are waiting to be born in the coming year so they can inspect their future parents and look at their future home.

The traditions of Hallowe’en/Samhain all have their roots in very ancient customs. The grinning lanterns are to scare away evil spirits while the dressing up in strange costumes was again a ploy to fool spirits or evil demons so they wouldn’t recognise you and follow you home. While we may think “trick or treating” is a new-fangled American custom, its roots are very ancient. Samhain was a time for clearing debts and quarrels – a kind of rough and ready score-settling. Neighbours would offer a choice – you stopped doing whatever annoyed them or paid up your debt or you took the consequences. Horses and cows might be hidden; gates removed, windows whitewashed. The “vengeance” was certainly not meagre but there were clear rules over which no-one would step: you could not harm any person or distress any animals.

Many people find it odd that Hallowe’en should be so strongly associated with children.  Years back I talked to the pagan priestess and therapist Shan who explained that Hallowe’en is a wonderful opportunity for children to come to terms with scary ideas in a gentle and fun-filled way. It’s a chance for them to explore and start to understand their fears of the dark, of death, of the unexplained, in a safe environment. ‘One of the most important things Hallowe’en does is to present children with their bogeys and help them get used to them, she told me. Every year she organises a festival for Pagan Hallowe’en and a central part is the children’s fashion show. ‘Children come up with really grisly costumes,” she smiled. ‘They don’t know about cancer and leprosy and dying but they are playing with the images. By playing with them they can get used to the fact that life has its ugly side and learn to live with that.’

However it’s not just for children. Samhain is a chance for us all to allow our deep, dark repressed fears to come harmlessly to the surface. This year, of all years, we need its teaching – understanding death and its place in the cycle of life; helping us face our fears. The pagan belief is that we focus too much on life and try to shut out, to exclude, death. That is neither healthy for our psyches nor is it practical. Hallowe’en is all about accepting that there is a time for ending. Just as the year dies, so too, at some point, will we.  Hopefully, like the ever-spinning year, we too will return – if not to this world then to somewhere or something else.

This is an edited extract from The Natural Year.  See all my books here.

Photo by Paige Cody on Unsplash