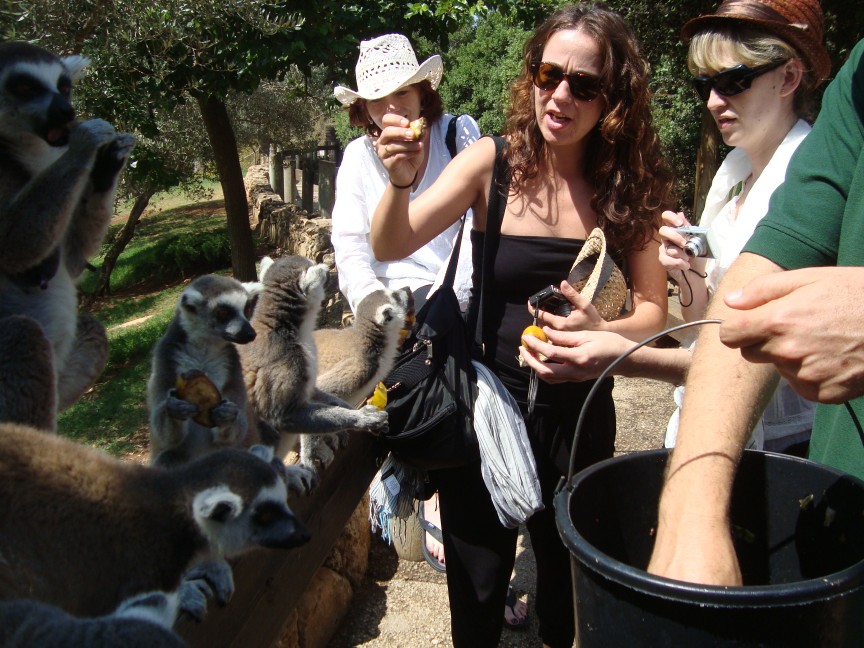 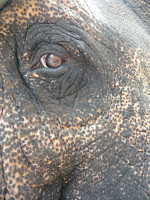 ‘This is a complicated city,’ says Shai, head of the Biblical Zoo in Jerusalem. He gives a rueful shrug as if he knows full well this were the understatement of the year.  ‘And a zoo in Jerusalem is a very different thing from a zoo in London, Barcelona, Los Angeles.  I reckon I’m the only zoo director who starts off talking about human beings, rather than animals.’
A group of small children race past at a hundred miles an hour, giggling out loud.  A family steps aside sedately to let them pass.  Shai nods at them.  ‘I can tell by their dress that the family are Palestinian Muslims, the school children are orthodox Jews.  But, you see, this is the one place where everybody can come. Everyone who walks through the gates is welcome.’
It could sound corny anywhere else but he has a serious point.  This is possibly the only place in Jerusalem where religion and politics need not raise their heads (except, of course, we’re talking about it).  ‘It’s one of the very few places that orthodox Jews will come, for example, because their religious strictures count out most other cultural pursuits – museums, theatre and so forth.  Yet, because a zoo purely presents ‘God’s creation’ it is deemed suitable.
‘Of course they don’t come to learn about conservation, about our breeding programmes, about our ecological pursuits..’  He pauses and grins… ‘Yet, hey, once they’re here…we hope we can raise some awareness.’
Shai loves to tell stories and his stories have messages.  He tells us about the zoo’s disastrous attempts to get their flamingos breeding.  After trying every ingenious situation going (from oomphing their diet to placing mirrors around the lake to kid the birds into thinking their flock was larger) they realised, to their acute embarrassment that the reason their flock of 60 wasn’t producing eggs was quite simple: they had 60 male flamingos.
Moral of the story?  Check your basic assumptions.
He then goes on to explain, ruefully, that even adding females into the mix hadn’t produced a rash of eggs.  Meanwhile another zoo, much less pristine and fabulous, had a superb breeding programme. ‘Maybe, just maybe perfect conditions, perfect facilities aren’t the most important thing,’ he says.  ‘Maybe it’s something else – Love perhaps?’
He smiles and takes us to meet the Griffon vultures and tells the tale of the gay vultures – the pair of males which fell in love and built a nest together.  The zoo tried to split them up but then, realising they weren’t having any success, took pity on the star-crossed lovers and let them build their nest, even giving them first a dummy egg and then a newly hatched chick to raise.  ‘They were the best parents,’ says Shai. ‘Loving, attentive – and hey, guess what?  Their chick grew up totally naturally and went on to have chicks of her own – so gay parenting really doesn’t affect a child’s development!’  He grins rogueishly.
Moral of the story?  Be open-minded.
Then, oh my, we go to meet the elephants.  As in really meet the elephants – up so close we could nigh-on hug them.  There was a moral here but, to be honest, I missed it as I was talking to Ofer, a journalist with the newspaper Ha’Aretz, who was telling me more about the political minefield that is life in Israel. But really, the lesson of elephants is,surely, quite simple.  Beauty, dignity, love.
In Tel Aviv, it was possible to ignore, if not forget, the huge conflicts surrounding this baby nation carved out of desert.  In Jerusalem it is impossible. Three major world religions jostle uneasily, their buildings and worshippers nudging right up against one another.  Bullet holes pit the ancient city gates.  And that most physical and redolent of boundaries – a wall – stretches out over the hills surrounding.
Will there ever be peace; ever any kind of reconciliation, resolution?  Nobody I spoke to seemed very hopeful.
I found myself thinking, as I walked away from the most famous wall of all, having poked my prayer into a tiny gap, how sad that we can’t learn from the lessons of the zoo.
Check your assumptions
Be open-minded.
And, above all. Love.