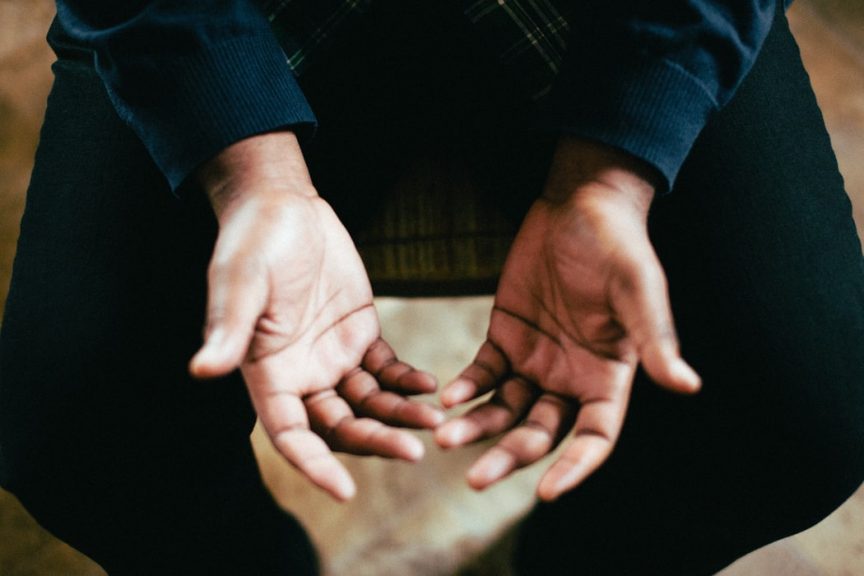 Reiki is the Japanese art of spiritual healing, said to activate the body’s natural capacity for healing – body, mind and spirit.  Although it is used for healing and there are reports of miraculous cures, most people use Reiki as a spiritual path, a form of self-healing which they practice every day, akin to meditation.  It is a gentle practice – practitioners don’t diagnose and they don’t make extravagant claims. However many who learn Reiki say their lives are transformed, that the energy prompts changes –  physical, emotional, and spiritual.  They feel clearer, more focused, more at peace with themselves.   It all sounds quite blissful.   However in recent years there has been rumblings of dismay in Paradise.

It seems that Reiki, from being a small, gentle, spiritual practice is becoming Big Economic Business.  Hoards of adverts in natural health and New Age magazines invite people to become “initiated” in Reiki, paying several hundred pounds for each “attunement”.  In the past Reiki was taught carefully to anyone who expressed an interest.  They could learn more advanced methods, such as absent healing and how to train other people, only after long periods of practice and apprenticeships proved their readiness.  Now, in many cases, Reiki students are being “processed” in a swift series of expensive courses. Reiki seems to have become little more than a spiritual pyramid selling scheme.  You learn Reiki, train as a  “Master” and then you too can train people and turn them into Masters.  And so it goes on.  Where once there were barely fifty Reiki masters in the UK, now there are over a thousand – some of whom skipped the traditional years of apprenticeship and did the whole process in a couple of hours.

Equally, from being a very simple system,  Reiki has transmogrified into all manner of strange hybrids.  There is now “Tibetan” Reiki,  “Kahuna” Reiki; Reiki with crystals, Reiki with channeling; Reiki with shamanism; Reiki with Wicca.  You can even ask for Reiki distant healing by tapping in your details on the Internet.  Students are told they can be “initiated” and made into Reiki “masters” (able to initiate people themselves) within a matter of days (sometimes hours) providing they pay the cash.  It all seems a long way from the simple dedication of the early Reiki.

Reiki masters of the old school are deeply concerned. ‘The quest for money, sensationalism and egotism has got into Reiki,’ says practitioner Joan Goddard. ‘And it’s sad.  Reiki is a wonderful tool and a gift to share with others.  There are some genuine, responsible Reiki practitioners and unfortunately there are also some who are only there for the money, the phenomena and the sensationalism.  I feel sad when something so simple and so wonderful is being corrupted by an unscrupulous few.’

Mari Hall has been a Reiki master for thirteen years and is the author of Practical Reiki (Thorsons).  ‘Yes, there are those who are involved in Reiki that have made it like pyramid selling,” she comments, “those who have the cash can be Masters.  I believe the trouble has risen because, in order to get students, people have felt that they have to “market the product”.  I went to the Mind Body Spirit show recently and was saddened by the Reiki I saw.  I had no idea how it has been commercialised and changed.  I do not understand how you can improve on such a beautiful system.’

Paul Dennis of the Reiki Alliance, a well-established group which seeks to promote ethical, “pure” Reiki, says we are now seeing what he calls “McDonald’s Reiki” – a consumer-led “product” which caters for the prevailing attitude.  ‘People want things quickly, instantly,’ he says. ‘In recent years there has been a bandwagon of people offering just that.  It started in America and is now everywhere.’

He is not concerned that people will be harmed by Reiki treatments, ‘You can’t really harm someone just by putting your hands on them,’ he comments.  But he is worried that people could be harmed by being initiated too fast.   ‘I have heard of people receiving three levels of initiation all at once and they haven’t felt right for several months,’ he comments.  He also feels that the new breed of Reiki combined with shamanism, Wicca, channelling (getting in touch with spiritual beings) and so forth, can lead to psychological danger.  ‘You can do harm to people when you play around with psychic phenomena that you’re not trained to handle,’ he says, ‘That’s when the danger emerges.’

The problem seems to lie in the very language of Reiki.  With its talk of mystical secret symbols and initiations ; with the possibility of becoming a “Master”,  Reiki is bound to appeal to ego-centric people, keen to cultivate an aura of mystique and to pretend they have spiritual “power”.  It’s a shame because Reiki, in its pure and simple form, is a very lovely therapy.  I suggested to Paul Dennis that maybe Reiki should have been left as a therapy and not touted as a spiritual path; that if people weren’t offered all the “initiations”, the process wouldn’t go to their heads.   However he insists that, at its heart, Reiki is the ultimate self-help system.  ‘In Oxfam parlance, it’s the difference between giving someone a fish and teaching them to fish for themselves,’ he says.

He  insists that the true Reiki is still there, for those prepared to give the time and effort for it.  Those that do will undoubtedly find great benefits.  Although Reiki is unpredictable in its results, it can have remarkable healing and balancing effects.  Indeed increasing numbers of doctors are referring their most difficult patients to Reiki practitioners and many doctors are, themselves, learning the technique.  ‘We are not diagnostic and we would always advise people to see their doctors as well,’ says Paul Dennis. ‘So we aren’t threatening to the medical profession.  In fact many find us a wonderful place to send their most impossible patients.’

The message seems to be that Reiki still promises great benefits – providing you find the right person to practice or teach.  It is not a quick fix or a “get rich quick” scheme but a simple spiritual practice.  Let’s hope it manages to regain its simplicity in an increasingly material world.

Reiki was ‘discovered’ by a devout Japanese Christian teacher, Mikao Usui, around the turn of the last century.  Two pupils challenged him to heal, pointing out that Christ had healed and that Christ had also said ‘What I can do, you can do’.  With implacable logic, they asked him, as a believer, to show them how to heal.  Usui couldn’t and, remarkably, commenced a fourteen year quest for the secret of physical healing.  Eventually, meditating on a mountain, he was shown a vision of symbols which could be used for healing.  The story sounds like nothing more than a fable but Usui went on to perform incredible feats of healing.  He worked tirelessly amongst the poor, healing beggars, and then finally began to train others.

The physical part of the Reiki system is very simple.  Consisting of twenty ‘holds’ (practitioners gently holds their hands on the clothed body in specific places), it can be learned in a weekend.  There is no training in anatomy or physiology.  The key lies in the spiritual symbols which are ‘transmitted’ to the trainee healer.  These symbols apparently allow the healing force to flow through.  When someone first uses Reiki they are not told the sacred symbols:  the Reiki Master simply transmits the symbols to the fledgling practitioner, thus ‘attuning’ him or her to the Reiki energy.

The next level of Reiki explains the symbols to the practitioners so they actively imagine them while performing Reiki.  At this stage, it is said, distant healing can be performed.  Usually someone will practice Reiki for at least two years on a daily basis before being considered ready to train as a Reiki Master, someone who can, in turn, initiate others to the path.

Reiki practitioners do not diagnose and do not promise cures.  In fact they say that the Reiki energy can be most unpredictable – someone might come in with a headache and leave with the headache still there, but they will find a long-held phobia might have vanished.  So it’s surprising that the few studies that have been carried out on Reiki have shown surprisingly clear results.  One experiment on injured rats showed that rats ‘healed’ with Reiki recovered in four days compared to the ten days it took for the control groups which were either left to their own devices or picked up and stroked by lab staff on a daily basis.  Another showed that plants could be ‘healed’ with Reiki touch.  On a more anecdotal level there are tales of cuts simply disappearing; of asthma and eczema clearing almost overnight; of cancer going into remission.  In Holland it is used quite frequently in hospices, especially for people with cancer:  most still die but apparently they die with less pain and a far greater acceptance.

Find out more and find practitioners at:  http://www.reikialliance.org.uk

My verdict?  I have had great Reiki but equally I have had sessions at the end of which I thought, ‘well what was all that about?’  I would suggest you ask how long your practitioner has been practicing and how long it took them to reach their present level.  I would also be suspicious of anyone who charges a large amount of money for Reiki.  Most of the ‘true’ practitioners will ask for a donation or what you can afford.

What do YOU think?  Have you had Reiki?  Are you a Reiki practitioner or master?  Do share your thoughts here…..

Photo by Jeremy Yap on Unsplash