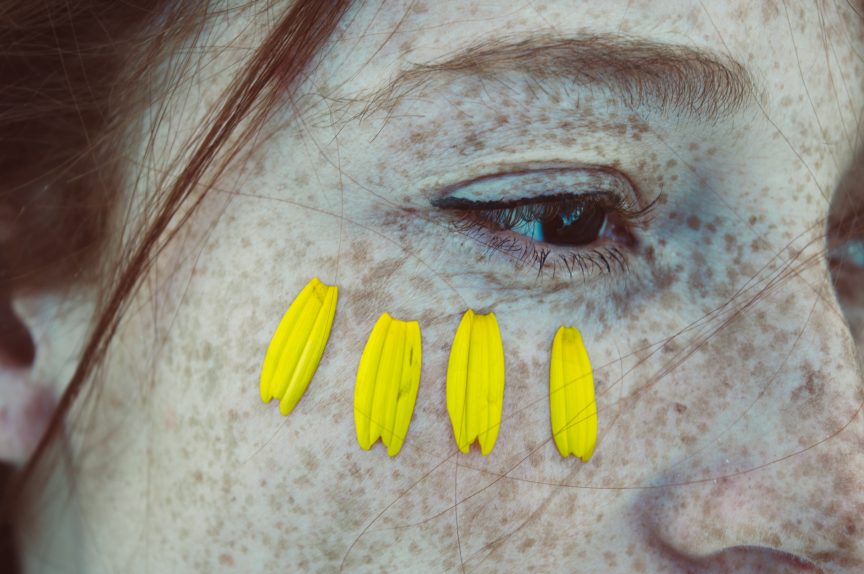 Who wouldn’t love a slimmer, trimmer body – without liposuction? Or a younger-looking face – without a face-lift or fillers? A sizzling sex-life without Viagra? Deep refreshing sleep without sleeping pills? A buoyant mood without Prozac? Less wrinkles – without Botox? The list goes on and on. You’d think we’d be trampling over one another to get it, wouldn’t you?

In the USA, there are literally thousands of doctors practicing hormone therapy (using bioidentical or ‘natural’ hormones) and millions of women who claim it’s the best thing since, well, Botox. In fact it’s the next step on from cosmetic surgery really because, instead of all that nipping, tucking and needling, hormone therapy can dramatically alter your face, body (and your mind and mood) from the inside out – perfectly naturally.

Elsewhere however there are just a handful of doctors practicing the new hormone therapy. British pioneer Dr Cecilia Tregear is fully confident that, where America leads, the rest of the world will follow. Already thousands of women have passed through her Harley Street clinic and she has been dubbed ‘The Sexy Doctor’ for the, er, stimulating effect she has on her clients’ libidos alone. She claims the new hormone therapy provides a quantum leap on from orthodox medical practice. ‘Fix your hormones and your health will improve and, along with it, your looks, your sex life and your longevity,’ she says. ‘Bioidentical hormones are the pacers of youth. They can make you look at least ten years younger.’ Hormone decline is inevitable as we age and the results are not pretty. Wrinkles and lines appear; your skin starts to sag; your waistline expands and the weight piles on. Your libido flags and your energy levels plummet.

So why not, say the new hormone doctors, simply replace the diminishing hormones? It sounds obvious but it’s a practice that is generally ignored by the mainstream medical profession who rarely treat low levels of hormones unless a serious medical condition (such as diabetes, adrenal failure or pituitary disease) is diagnosed.

Equally the spectre of HRT is hard to ignore – we are (quite understandably) highly suspicious of putting synthetic hormones into our bodies. Which is why bio-identical hormones appear so alluring. Bioidentical hormones are precise replicas of those made in our own bodies. They are created, on the whole, from natural substances such as soya, wild yam and other plant extracts which are then synthesized to replicate human hormones. ‘They simply replace what goes missing as we get older,’ says Tregear. ‘For example, testosterone is often called ‘Pink Viagra. It is one of the most important hormones for a woman’s sex drive. It also gets rid of tiredness, tones the body and makes a woman look and feel more attractive.’

Rachel Cox, a 35 year-old marketing executive, was ‘in a very black place’ when she went to see Dr Tregear, suffering severe depression, anxiety and a ‘virtually non-existent’ sex drive. ‘I could barely get myself out of bed and was terrified of not being able to get through the day,’ she explains. ‘I have had a lot of therapy in the past and I knew it wasn’t psychological. I just felt dead inside.’ She had read about Dr Tregear and booked an appointment. ‘She asked loads of questions and said I was showing classic signs of hormone imbalance. She took blood and I gave a urine sample, both of which were sent off for tests. They showed that, in particular, my thyroid hormones and testosterone were very low. She put me on a gel that I rub into my shoulder and also gave me supplements.’ About four weeks later Rachel noticed a dramatic shift. ‘I woke up one morning and just felt alive, strong. It was like I’d been injected with energy. Better still I felt sexy for the first time in years. Men started looking at me more and I had loads of comments about how glowing, how radiant I looked yet I hadn’t done anything different with my make-up or hair. It was quite extraordinary.’

Bioidentical hormones aren’t new – they have been around for about thirty years (most diabetics use bio-identical insulin nowadays) – but what is new is the way they are being used. In the past, you would be given a one-size-fits-all dose. Nowadays, reputable hormone specialists run a wide series of lab tests to determine which hormones need supplementing and in which precise doses. A ‘compounding pharmacy’ (one which makes up its own medicines) then creates your own individual mix and dosage which can be in the form of capsules, drops or a cream or gel you rub into your skin.

The results appear to be nothing short of miraculous. In 1990 the New England Journal of Medicine published an attention-grabbing clinical study on hGH (human growth hormone) hailing it as a fountain of youth. Injections of hGH had turned men, aged 61-81, with flabby, frail, fat-bulging bodies into sleeker, stronger, younger selves. After just six months of treatment the men lost an average of 14.4 percent in fat mass. Their skin thickened by 7.1 percent and overall they showed a 10-20 year reversal in the ageing process.

Meanwhile a study into DHEA at the University of California Medical School found that men and women between the ages of 40 and 70 who took 50mg of DHEA a day for six months reported feeling more relaxed, sleeping better and handling stress better. There is a growing body of clinical research that shows that bioidentical progesterone and testosterone can restore libido and improve energy levels while thyroid hormone increases fat breakdown and can lower cholesterol, plump up the skin and keeps hair and nails healthy.

However not everyone is convinced. The hGH study was very small and many doctors have warned that hGH is no ‘anti-ageing elixir’. A team at Stanford University found that it had no more effect than a regular mild workout, while the Annals of Internal Medicine warned that the hormone posed a risk of side effects, including swollen joints, carpel tunnel syndrome and even diabetes.

Endocrine scientist Dr Joy Hinson from Barts and the London, Queen Mary University of London, thinks that stressing the ‘natural’ origins of bioidenticals is a smokescreen. ‘It doesn’t matter whether they come from plants or from outer-space: they will have the same effect as [the body’s] natural hormones and the same side-effects. We should certainly not rush to embrace ‘bioidentical’ hormones just because they come from a ‘natural’ source. These are powerful hormones which can do considerable harm unless used under the supervision of a qualified doctor.’

Dr Peter Selby, consultant endocrinologist at the Manchester Royal Infirmary and Senior Lecturer in Medicine at Manchester University agrees. ‘Too many women are looking to overcome the natural processes of ageing but fail to connect with the lessons that we have recently learned the hard way with HRT. This was once seen as the panacea of youth and now, of course, it is on the ‘wouldn’t touch with a bargepole’ list for many women. In reality we need to be cautious over all these treatments – hGH, oestrogen and progesterone are associated with cancer and the other hormones mentioned are as capable as producing harm as benefit.’

But Dr Thomas Nel who uses bioidentical hormone therapy at his UK clinic thinks this attitude is outmoded. ‘I could show them literally hundreds of clinical papers on hGH and other bioidenticals proving they are safe. You’re simply putting back what should be in there. It amazes me that doctors are happy to prescribe Prozac or standard HRT with their known side effects yet they baulk at this.’

It’s a stand-off. The mainstream endocrinologists refuse to countenance bioidenticals while the doctors who use them, quite naturally, promote them wholeheartedly. Patrick Holford, nutritionist and author of Balancing Hormones Naturally (Piatkus) falls into neither camp so hopefully can offer a more balanced view. He is enthusiastic yet cautious. ‘Bioidentical hormones, are a much more sensible route than synthetic hormones such as the progestins used in most HRT preparations,’ he says. ‘That being said I would not recommend them to anyone without finding out if there is an actual deficiency. Intelligent use of bioidentical hormones can be miraculous but too much can be a bad thing. The golden rule is test first and re-test after six months.’

Unfortunately, this isn’t always happening. Dr Selby is concerned that anyone can buy ‘natural’ hormones without any prescription and no questions asked. ‘Just a few seconds (perhaps less) with Google allows me to find several sites that sell virtually all the hormones mentioned. This stuff is out there already without any safeguards at all.’

The temptation, especially with ‘wonder-hormones’ such as DHEA and hGH, is to ‘have a go’ regardless of whether you need them or not. However every doctor I spoke to for this feature stressed that you should only ever take hormones if you are clearly deficient in them. But how can you tell? There are some clear symptoms for hormonal deficiencies (see box) but many are shared by several hormones or could have other causes. So the only true way to tell is to have a full hormone panel (utilising blood and urine samples). This can prove costly.

The new hormone therapy doesn’t come cheap although if you compare it to the costs of cosmetic surgery it begins to look more reasonable. Initial consultations cost between £150 and £330 with tests an additional £400-£2,000. After that your monthly hormone bill could be around £150 depending on your needs. ‘It is quite expensive,’ agrees Dr Nel, ‘but this is not just about looking good but about your long-term health. You can’t put a price on that.’ ‘The bill was shocking,’ admits Rachel Cox, ‘but in retrospect it was worth every penny to get my life back. I’m a very sceptical person but this appeals because it is based on science and commonsense. I’d recommend it to anyone who was feeling under par for no apparent reason.’

So is it really going to be the next Botox? ‘Actually I tend to use it in combination with Botox because often people want the instant results which Botox can give,’ says Dr Nel. ‘However, if say you have an acute thyroid problem, hormone therapy can give you a noticeable result within a week or two. But usually it will take a couple of months before you notice results.’

There is little question that natural hormone therapy is going to be huge. The only mystery is why it isn’t already.

My verdict:  Am I tempted?  Yes, but I am waiting for more research and evidence before taking the plunge.

Do you need hormone therapy?

The only way to know for sure is to have a hormone panel taken (involving blood and urine testing). However Dr Tregear says that there are certain symptoms that may suggest you are deficient in a particular hormone.

Women in Balance – http://www.womeninbalance.org– a US site that offers clear information and research material on bioidenticals.

Photo by Chermiti Mohamed on Unsplash