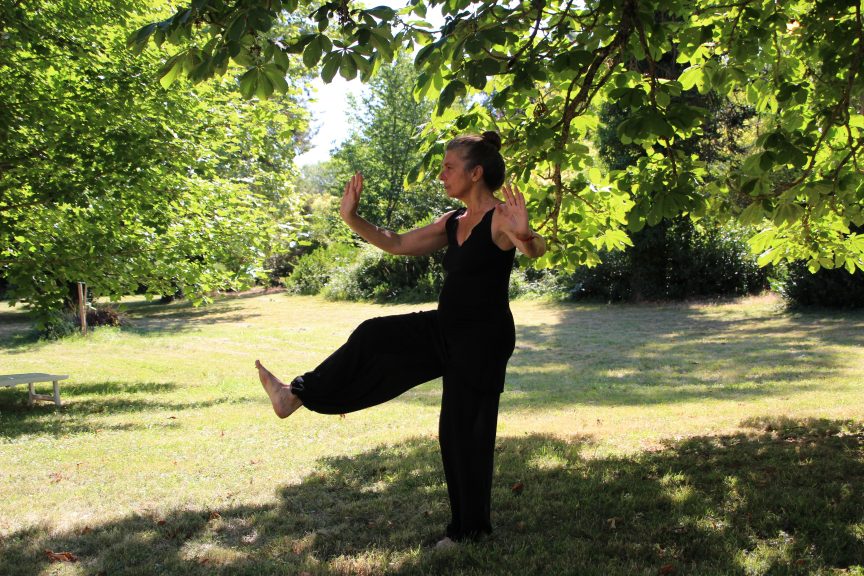 Watching experts practice tai chi is mesmerizing. They move like dancers in slow motion, perfectly balanced, perfectly graceful. Every movement is considered, every posture precise: it’s like a moving meditation.

Tai chi is an ancient exercise system that is tailor-made for the modern world. A brilliant form of stress relief, it has the curious effect of both deeply relaxing mind and body while also giving a surge of energy and vitality. It bestows flexibility and can help to improve balance and co-ordination. But the most miraculous claim of tai chi is that it can literally hold back time. Practice seriously and regularly and it can give you back a more youthful body – not just from the outside, but also deep inside your very organs and bones.

It sounds almost too good to be true but modern research bears out the ancient wisdom. Tai chi really can help to strengthen the heart and improve lung capacity. “The fluid focused movement will reduce blood pressure in eight out of ten hypertensive patients,” says Ralph LaForge, of the San Diego Cardiac Centre. Research by the US National Institute on Ageing also found that practicing tai chi three times a week improved balance and helped prevent falls in the elderly.

Tai chi even has the capacity to build bone. Studies in Peking have found that tai chi practitioners have stronger skeletal structures and better metabolic scores. Linda Coviello of the London School of Tai Chi Chuan explains: “You use tiny muscles closer to the bone and produce more bone marrow so the bones really build themselves from the inside out. There is nothing better for osteoporosis.”

Small wonder that so many westerners are now flocking to classes to learn tai chi for themselves. Unlike many other forms of exercise, you don’t have to be young or fit to practice tai chi. In fact, the only requirement is that you can stand on your own two feet (although there is even a form that can be practiced by people in wheelchairs).

Tai chi was originally performed as a martial art and some classes do focus on this element. However it takes many years of practice before it can be used this way and the vast majority of people perform tai chi for its health benefits alone.

Be warned: tai chi does take discipline. The original forms took years to learn and several hours to perform. Now many schools teach what is known as the “short form” – a round need only take around ten minutes to perform and can be learned in months rather than years. There is also a further distillation known as the Eight Ways in which each movement is simple enough to be done by anyone who can stand up.

I joined a class at the London School of T’ai Chi Chuan for a taster. We were a mixed bag in terms of age, sex and level of experience; everyone was dressed in loose comfortable clothes (the only ‘uniform’ for tai chi is a pair of Chinese slippers) and the mood was relaxed and friendly. We started by finding our tantien, a spot just below the navel. When performing tai chi your attention should be kept here which is considered the centre-point of the body. Then we moved into “Sculling” which aims to increase the strength of the legs, by learning how to systematically shift your weight from one leg to the other. The move is ostensibly very simple: one foot steps forward while the rear foot opens out to 45 degrees. The body is kept straight and the hips are kept level. I thought I’d got it perfectly and was feeling smug until one of the two teachers was suddenly quietly behind me, rearranging my hips and turning my foot slightly more outward.

By the end of an hour I was moving with slightly more poise and grace. I could feel the effects too. Although the movements had been so tiny my legs were aching as if I’d just done a solid bout of weight lifting. But my mind felt relaxed and remarkably clear. “It helps you relax and cope with stress,” says Linda Coviello, “it’s like a meditation.” Practice it regularly and there is little doubt it will change your entire life. There is a saying about tai chi that it gives you “the flexibility of a child, the strength of a lumberjack and the mind of a sage.” Not bad going for something that will take just fifteen minutes out of your day.

HOME CLASS
These moves are taken from The Tai Chi Manual by Robert Parry and should give you a feel for tai chi. “You should get a real sense of relaxation,” says Robert, “and even these simple moves will help your circulation and get energy moving through your body: they will make your joints feel more soft and your body more supple.” Remember every move is slow, soft and focused – become aware of what is happening in your body and mind while you try them.

PREPARATION: this posture is said to represent the primordial state of the universe – it is a moment of meditation, allowing the whole body to feel relaxed and natural.
1: Breathe in. Face south, with your back straight and shoulders relaxed. Hips are level and arms hang loosely by your sides. Your bottom should be tucked in and your neck straight (tuck your chin in very slightly). Imagine there is a string fastened in the top of your head gently pulling you upwards.
Slowly empty your weight from your left side and allow your left foot to lift and slide out to the left.
2: Breathe out. Set your feet shoulder-distance apart, toes pointing forwards and allow your weight to settle evenly onto both feet. Relax and imagine your weight sinking down.

OPENING: these simple movements are a total relaxation for the fingers and wrist joints, ideal if you spend long hours at a keyboard.
3. Breathe in. Raise your forearms with wrists and fingers loose, as if floating on water, until they are roughly parallel with the ground. Check your shoulders are soft, relaxed and down.
4. Breathe out. Slowly straighten your fingers. Imagine that energy comes from between your shoulders to straighten your fingers as you exhale. Think of the wrists dropping, letting go, rather than your fingers rising.
5. Breathe in. Draw your elbows back a little (making sure it’s only your arms moving). Think about the concept of claiming your own personal space.
6. Breathe out. Lower your arms and sink down, letting your knees bend a little more. Imagine your weight sinking into the ground. Think of pushing a ball down through water as you do this.

TURN RIGHT: this is wonderful for making knees and hips more flexible. If you find it hard, just turn as far as feels comfortable.
7. Breathe in. Empty the weight from your right side by sinking into your left foot. Slowly pilot on your right heel to point your toes west. At the same time raise your right forearm and scoop it under your right elbow with your left palm as your waist turns towards the right.
8. Breathe out. Bend your right knee to align with the tip of your foot. Your head, hips and shoulders are now turned to the west. Your hands move as if they were holding an imaginary ball. Gaze softly outwards over your right hand, as if you were staring at the horizon.

NOTE
Don’t be put off by strange spellings – tai chi, t’ai chi chuan, taiji and taijiquan are all the same thing.
There are an enormous number of different forms of tai chi so check that the class you find will suit you. Most teachers will be happy for you to come along and watch a class or try a sample class before committing to a course. If you have any health problems do tell your instructor.

This feature first appeared in the Daily Mail.

Photo by Monica Leonardi on Unsplash