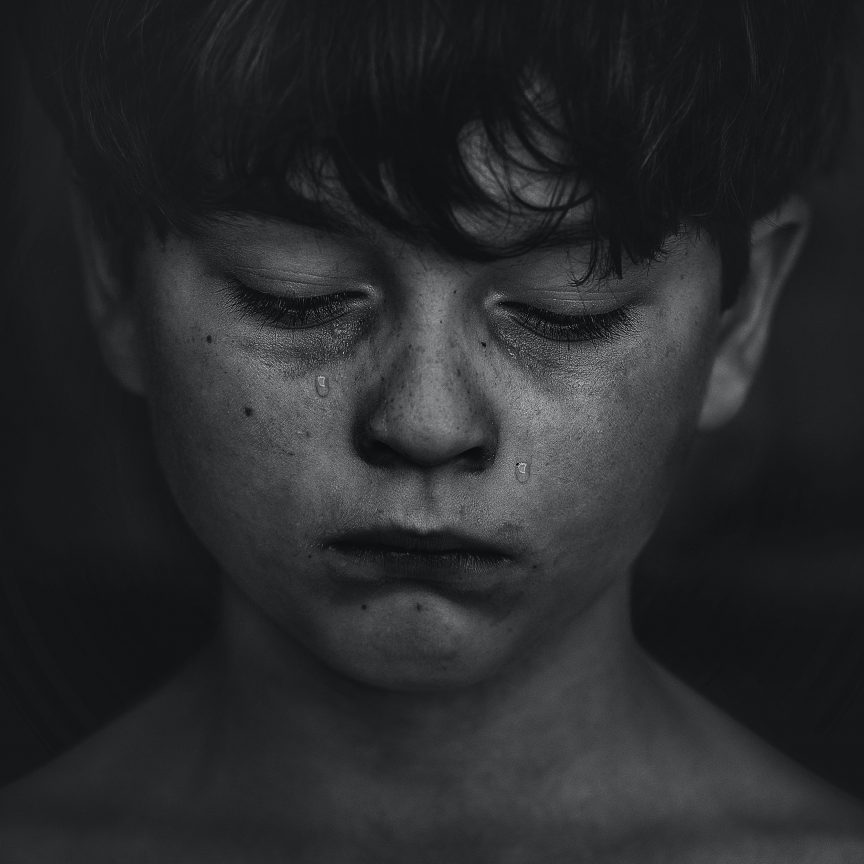 The black dog of depression has been at my heel since I was ten years old and my father died. Often it just pads quietly behind me, a silent if malign presence. Sometimes, however, it turns feral and bites – hard. Those are the days when nothing seems worthwhile; when I’m too low even to cry. Those are the days when I just know people are dying to say ‘get some Prozac for pity’s sake’. But I have another solution: I go on-line and blog: I splurge out my angst to total strangers in an on-line diary and it helps, it really helps.

A few months ago, I hit one of my lowest ebbs. I barely had the energy to type one word after another. Yet blogging about how awful I felt helped and, with some new-found energy, I went to make a cup of coffee. When I came back to my computer there were already five comments offering comfort, support, some sage (yet not patronising) advice. Then the phone rang – one of my fellow bloggers (from France) was worried and wanted to check I was OK. By the time I got back to my pc there were nearly thirty comments on the blog – and a flurry of supportive emails, the vast majority from people I have never actually met.

I’m not the only one to use cyber-catharsis, blog as therapy, by any means. Exact figures are nigh-on impossible to determine but in December 2007, the blog-tracking website Technorati claimed to be tracking over 100 million blogs and reckoned that 120,000 new blogs were being created every day. The AOL ‘Blog Trends Survey’ reported that nearly 50 percent of all bloggers see blogging as a form of self-therapy and that six times as many people prefer to write in their blog than seek counselling from a professional.

‘Blogging is a form of narrative therapy,’ says Kate Anthony, a psychotherapist and expert on the use of technology in therapy (www.onlinecounsellors.co.uk). ‘The idea of a journal as a therapeutic tool has been around for a long time, but rarely has it been in the public domain with the facility for feedback to be given by the world at large. It’s a witnessed journey of discovery, which many people find validating.’

It has certainly been a journey of discovery for me – and a surprising one too. As a professional writer I never dreamed of writing a blog – I thought they were for nerds, geeks and total saddoes who wrote obsessively about computer games, soap stars or posted endless pictures of their round-the-world gap year. My blogging started purely by accident. I was desperate to move house because our moorland farmhouse, although stunning, was extremely isolated. I’d had post-natal depression and continued to suffer from depression, anxiety and chronic insomnia. My son had started at a new school and I was driving three hours a day taking and fetching him. Meanwhile my mother was elderly and unwell and my husband was away a lot for work. So I was juggling work, childcare and parentcare with little support. It felt like being trapped in a beautiful prison. I logged onto a few countryside websites, looking for places to advertise the house and stumbled upon blogs. I had the wild idea, born of sheer desperation, that if I wrote about how gorgeous life was on the Exmoor hills, it might lure in an unsuspecting would-be buyer.

It didn’t, of course. Instead it lured me into Purplecoo – a cosy cyber-community of (predominantly) rural-dwelling women. They blew away all my prejudices within minutes: these were bright, smart, funny and, above all, deeply kind people, many of them far better writers than I. I wasn’t the only one with a black dog – in fact we had a whole pack between us. Other members talked frankly and open-heartedly about their battles with illness, both physical and mental; about concerns about children and aged parents; about the breakdown of relationships and the anguish of bereavement. With a worldwide membership I always knew fellow bloggers would be awake and happy to ‘talk’ on the other side of the world even if a crisis hit in the middle of the night (my son being ill or a chronic bout of insomnia or just hitting rock-bottom). When you have a support group that numbers around fifty regulars, you get a lot of expertise and life experience on tap.

It sounds trite if you haven’t experienced it, but I have been totally overwhelmed by the caring, support and comfort my on-line friends have given me. What fascinates me most of all is the way blogging makes you self-analyse. I’ve had therapy, professional one-to-one therapy, before. In fact it’s safe to say I’ve tried pretty well every form of it going over the years. But I have gained more insight into my psyche in the last eighteen months of blogging than I have in years upon years of analysis, hypnotherapy, NLP, CBT, CAT and all the rest. I’ve come to realise that I’m an inveterate people-pleaser and many of my early blogs were eager attempts to ‘entertain’ my audience, mitigating any misery with a joke, generally against myself. Some people didn’t rush to embrace me with open arms and at first that hurt like hell. But I learnt the valuable lesson that you can’t expect the entire world to be your friend and that sometimes you just have to brush yourself down and ignore the critics (something I wish I had realised twenty years ago). Gradually I learned to stop beating myself up, to wake up and smell the roses. As our house selling fiasco became a nightmare (it took over two years to sell) blogging became a lifeline. You can’t moan endlessly to your (real life) friends – well, not if you want to stay friends. But you can pour your heart out on-line knowing that people can choose to read and comment or not. It’s up to them. I can’t number the times I have sobbed over my keyboard in genuine healthy catharsis; tears that, maybe, have been held in for over thirty years.

I wasn’t the only one to be taken by surprise at how powerful ‘blogtherapy’ can be. For example, ‘Angel’ never intended to blog out her feelings. ‘I started writing a diary the day I found out about my husband’s affair,’ she says. ‘But there was something missing. I realised that it’s fine writing a diary, you can over think and analyse to your heart’s content, but there is only you to share it with. So I started blogging, real ‘bare your soul’ blogging, which I never set out to do. In fact, prior to the affair, I was the most intensely private person and even my closest friends had no idea about any problems in our relationship. The support I had on-line was extraordinary and I really do believe that blogging is therapy – very strong therapy. I definitely have a sense of inner peace now, something I didn’t have a year ago. Without doubt the blog served its purpose and achieved more than I ever thought it would.’

‘Athena’ is an old hand, an IT professional who has been blogging on and off since the mid 90s. ‘I do find real catharsis in blogging,’ she says. ‘I find the process of writing allows me to give voice to ideas, hopes, dreams, anxieties or fears that I am unable to speak about. It helps me get a better grasp on a problem and enables me to see alternatives too. People empathise or offer advice and it’s very heartening to know you’re not alone in your worries.’

Kate Anthony is convinced that, on the whole, blogtherapy is ‘a healthy thing’ but she does sound a note of caution. ‘The downside is that there may be people out there with a vested interest in using the material against you,’ she warns. ‘Bloggers need to be prepared for any ramifications, without taking it personally enough to cause further damage to their mental health.’  Athena agrees. She has had to withdraw her blog on several occasions and is now far more cautious about what she writes. ‘I blogged about an intensely difficult part of my life and some of the comments I received sent me reeling,’ she recalls. ‘Some people read with such vicarious delight it was revolting – they are the Internet Rubberneckers who make such insensitive and crass comments that you end up feeling abused all over again. There are a huge number of predators on the Internet, who can and do try to take advantage of people they perceive as vulnerable.’

However despite this, I suspect blogtherapy will simply grow and grow. In a time when families are fragmented and friends often simply too busy to talk, it fills a need. Best of all, as we feel the full squeeze of the credit crunch, it’s doesn’t cost a penny (though, be warned, it’s extremely addictive).

For my part, we finally sold our farm and moved into our dream house in a small country town. Needless to say, I received a barrage of cards and housewarming presents from my blogging friends – amongst them wind-chimes from Wales, an oil painting from New York and a rowan tree from New Zealand. Despite the move, life continues to blind-side me from time to time and I suspect my black dog will never be fully house-trained. But, at the first hint of it becoming unruly, I simply blog out my feelings and the nasty beast comes back to heel.

Setting up a blog couldn’t be easier. I use Blogger (www.blogger.com) for my personal blog and –  as you see – WordPress for this one. Both are very easy to set up (Blogger maybe more user-friendly for the total novice or techno-nervous)

Keep your anonymity. Use pseudonyms for yourself, family and friends – and disguise locations.  Otherwise you cannot really splurge out your feelings.

Never forget that absolutely anyone can read your writing (and it’s sod’s law that the very people you don’t want to read it, will). I’ve come a-cropper several times – with family, acquaintances and even famous people reading posts – most embarrassing. However most blogging networks allow you to choose whether to keep your blog open to the world or accessible only to invited guests.

If you actively want comments and input then comment on other people’s blogs – there’s a kind of reciprocal ‘you pat my back’ ethos in the blogosphere. Include ‘taglines’ (such as depression, autism, divorce) so your blog will come up when people search for a particular issue.

Even if you delete a blog it will still remain ‘cached’ on the web for weeks, months, sometimes years – so think before you publish.

A version of this first appeared in YOU magazine.