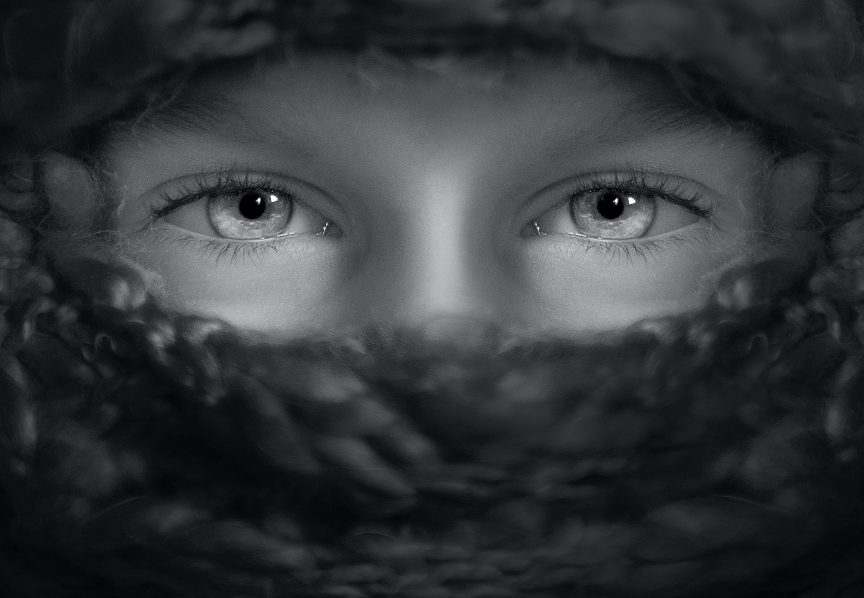 An exciting technique can help you look fears and phobias straight in the eye.  With a simple series of rapid eye movements, you can access the very source of anxieties and dispel the fear.  It’s swift, effective and the results are longlasting.  The technique, called Eye Movement Desensitization and Reprocessing (EMDR), is being used by an increasing number of psychotherapists and psychiatrists, counselors, teachers and social workers because, they say, it gets to the heart of the problem without causing needless distress to the client – and without the need for months or even years of therapy.

Robert Russell, a counselor and stress management consultant uses EMDR for a large percentage of his clients.  ‘It’s like a catalyst,’ he explains, ‘instead of doing years and years of therapy you can stimulate the mind to reprocess disturbing information very quickly.  The effects can be very swift.’

But what precisely is EMDR and how does it work?  Practically speaking, it is very simple.  You sit in a comfortable chair and focus on your anxiety or problem while the therapist moves his or her finger in an arc a comfortable distance in front of your eyes -rather like the pendulum of a clock.  Your eyes follow the movement and, in theory, you will soon find old images, thoughts or feelings surfacing.  The therapist then simply follows the trail of your thoughts and guides you back in time to the origin of your problem.  When you find the original trauma and experience the feelings that surround it, the ‘charge’ is dissipated and generally the present-day anxiety or fear will be dispersed.

Robert Russell gives an example of a woman who had come to bhom because she was absolutely terrified of being left alone in the house.  Her fear was so great that she couldn’t bring herself to go upstairs on her own, even when her husband was downstairs watching television.  She had lived with the problem for as long as she could remember until the birth of her first child forced her to look for a solution.

Although she had no idea where her fear came from, Russell used EMDR, focusing on how she felt when left alone. He found the solution way back when, at age three, she had been on a family camping trip.  ‘She had been inside a tent with her sister,’ recalls Russell.  ‘And the older brother had pretended to be a ghost outside the tent.  It all stemmed from that.’  Now, nearing the end of her treatment (which usually lasts for between 7-10 sessions) the terror has completely subsided.

Robert Russell makes it clear, however, that this is no miracle cure.  When EMDR first appeared it was hailed as a wonder-therapy to cure all ills.  ‘We’re not gods and we’re not magicians,’ he insists, ‘and we don’t always succeed.’  However 80 percent of his clients leave totally satisfied – a very high success rate.  ‘EMDR is not suitable for everyone or for every problem,’ he says, ‘it really only works where there is a traumatic incident at the root of the problem.  It can’t deal with a conditioned response, a mere habit:  if there is no deep root to the problem, there are better ways of dealing with things.’

EMDR was originated by Francine Shapiro, an American clinical psychologist, in 1987.  Her work has been described in glowing terms by well-respected therapists around the world and she received the 1994 Distinguished Scientific Achievement for Psychology Award.  Much of her initial research was with cases of post-traumatic stress syndrome in Vietnam veterans.  The effects were remarkable – soldiers who had previously been resistant to all forms of therapy were seemingly cured within a few sessions.  Now however, the traumas tend to come from car crashes or accidents, from burns, from loss or grief.  Sometimes they generate from less overt traumas way back in childhood. ‘Obviously there are cases of physical and sexual abuse,’ says Russell, but more commonly he sees people whose phobias, fears and anxieties come from more innocent beginnings.  ‘A child getting lost in a fairground; someone narrowly missing being hit by a car,’ says Russell.

Sometimes these will result in low self esteem or lack of confidence; sometimes they will turn into full-blown phobias or panic attacks.

One of Russell’s clients suffered from severe depression.  A successful author with no financial worries and a happy marriage, she could find no cause for the persistent dark feelings which had brought her close to suicide.  Russell was not convinced that EMDR could help but other forms of therapy had been unsuccessful so he decided to try.  To his surprise, she responded quickly and clearly, going straight back to the first day she was supposed to go to nursery school.  She had hidden in a dark cupboard all day, petrified that she would be found.  Irrational though it seemed, this had been the original cause of her problems.  Having released the initial trauma, the depression lifted as if by magic.

Despite the clinical accolades, I was still slightly sceptical so I asked Russell to demonstrate the technique.  He explained that normally he would see a client for at least one or two sessions before he started using EMDR (if appropriate) but he agreed to give me a ‘taster’ providing I had a suitable anxiety.  I offered up the irrational nervousness I often get when I have to give radio or television interviews:  I love doing them but equally I feel terrified.  Perfect, said Russell and, settling me in a comfortable chair, he asked he to close my eyes and tell him which image would best represents my fear. Next he asked me to explain what precisely I was afraid of and how the fear made me feel physically.  ‘Hold that in your mind as you watch my fingers,’ he instructed and proceeded to move his hand in an arc about two feet away from my eyes.  It was easy to follow his hand and I felt very comfortable -in fact remarkably calm and relaxed.  After about fifteen seconds, he stopped and asked me to shut my eyes, take a deep breath and let it out.  ‘What do you get?’ he asked.  The answer was a big fat nothing.  My mind had turned blank, into a wall.  Robert was quite unfazed.  ‘Excellent,’ he said, ‘keep that feeling of blankness as we do the next set.’  Again his hand moved, again my eyes followed it and odd thoughts came into my head.  I remembered my school classroom and my maths teacher going round the room, picking on children to say the next number in a sequence.  The familiar dry feeling came into my throat and my stomach lurched as I waited for my turn, knowing I’d never get the right answer and preparing to look like an idiot.  We left it there but Russell said that, quite probably, I could go back even further and find more instances.  He felt quite confident that I could lose all nervousness of public speaking quite swiftly.

It felt quite similar to hypnotherapy or guided imagery but, according to research, the techniques are quite different, with distinct forms of  brain activity. I was surprised and, I had to confess, more than a little impressed. ‘It’s very powerful,’ Russell agreed with a smile. ‘The aim is to get to the point where you think -“It’s in the past and it’s finished.’’

Then you can leave the past behind and move forward into a fresh new confident world.

My verdict:  Well worth trying if you feel your problems stem from a traumatic incident in the past.  Or if you have tried various forms of therapy without success.  Has a great success record with anxiety and phobias.

For more information on EMDR check out the website  www.emdr-europe.org